By KIMBERLEE KRUESI The Associated Press 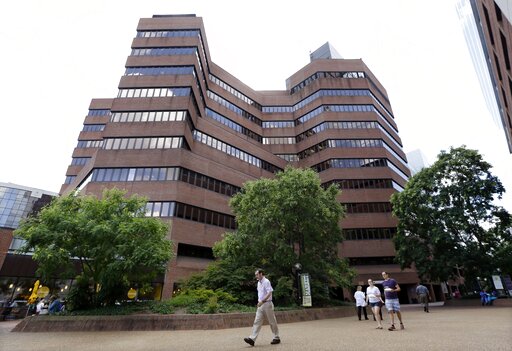 FILE - Vanderbilt University Medical Center in Nashville, Tenn., is pictured on July 16, 2013. The medical center came under fierce scrutiny Tuesday, Sept. 20, 2022, after conservative political commentator Matt Walsh posted a series of tweets accusing the private hospital of opening its transgender health clinic because it was profitable, as well as criticizing some of the treatments VUMC provides to minors. Now, Tennessee Gov. Bill Lee is calling for an investigation into the clinic. (AP Photo/Mark Humphrey, File)[ASSOCIATED PRESS/Mark Humphrey]

NASHVILLE, Tenn. (AP) — Tennessee Gov. Bill Lee has called for an investigation into a pediatric transgender health clinic after videos surfaced on social media of a doctor touting that gender-affirming procedures are “huge money makers” for hospitals and a staffer saying anyone with a religious objection should quit.

Vanderbilt University Medical Center came under fierce scrutiny Tuesday after conservative political commentator Matt Walsh posted a series of tweets accusing the private hospital of opening its transgender health clinic because it was profitable, as well as criticizing some of the treatments VUMC provides to minors.

The posts included a video of one VUMC doctor in 2018 saying these “types of surgeries bring in a lot of money” and later saying that female-to-male bottom surgeries are “huge money makers.” A separate video shows another staffer warning that if employees do not want to participate in transgender treatments then they “probably shouldn’t work at Vanderbilt,” and warned that objections should be met with “consequences.”

“We should not allow permanent, life-altering decisions that hurt children or policies that suppress religious liberties, all for the purpose of financial gain,” Lee, a Republican running for reelection this year, said in a late Tuesday statement. “We have to protect Tennessee children, and this warrants a thorough investigation.”

The governor did not specify what laws the Nashville-based hospital may have violated, but his spokesperson told The Associated Press that they had passed along concerns to Attorney General Jonathan Skrmetti.

Skrmetti’s office did not rule out an investigation when reached by the AP on Wednesday.

“We are aware of allegations of illegal conduct at the Clinic for Transgender Health at Vanderbilt University Medical Center,” said spokesperson Samantha Fisher in an email. “General Skrmetti will use the full scope of his authority to ensure compliance with Tennessee law.”

Fisher did not immediately respond to questions seeking clarity on what law specifically VUMC may have violated.

In a statement, VUMC said it started its transgender health clinic in 2018 because transgender people face higher risks for mental and physical health issues.

“VUMC requires parental consent to treat a minor patient who is to be seen for issues related to transgender care and never refuses parental involvement in the care of transgender youth who are under age 18,” said spokesperson Craig Boerner in a statement.

Boerner added that VUMC employees are allowed to decline to participate in any treatment they find morally objectionable and prohibits discrimination against employees who do so.

“We have been and will continue to be committed to providing family-centered care to all adolescents in compliance with state law and in line with professional practice standards and guidance established by medical specialty societies,” he said.

Boerner declined to answer any additional questions, including how many treatments the clinic has provided to minors and what types. The websites for VUMC’s transgender health clinic and LGBTQ health programs were down Wednesday.

The social media posts have attracted the attention of key Tennessee Republican lawmakers — many of whom are also running for reelection — vowing to further limit gender-affirming treatments when the General Assembly reconvenes in January. Meanwhile, Tennessee’s U.S. Sen. Marsha Blackburn praised Gov. Lee’s call for an investigation.

Nationally, Republicans have increasingly pushed to restrict LGBTQ rights in their effort to drive the party’s base and push the bounds in already GOP-strongholds.

Tennessee over the years has been on the front lines among Republican-dominated statehouses advancing anti-LGBTQ legislation. Just last year, Republican lawmakers and Gov. Lee banned doctors from providing gender-confirming hormone treatment to prepubescent minors even though advocates maintain that no doctor in Tennessee was doing so.

Such transgender-focused legislation is commonly challenged in court. While Tennessee’s youth transgender ban remains in effect, Arkansas is currently blocked from enforcing a similar version. A federal judge in May blocked a similar law in Alabama.

In Texas, child welfare officials have been blocked from investigating three families of transgender youth over gender-confirming care the minors have received.