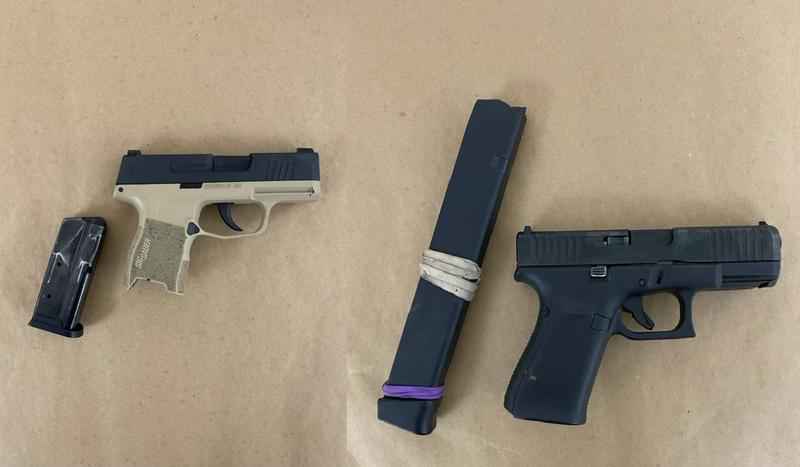 On Saturday, November 13, 2021 around 3:05 a.m., patrol officers responded to the 100 block of Quail Street between Central Avenue and Braford Street for reports that a group of men were arguing outside and that they were in possession of handguns.

Moments after the call, police say patrol officers observed a man matching the description of one of the suspects walking nearby and attempted to stop him as part of their investigation. As officers approached, the suspect began to run from officers leading them in a foot chase that ended in the area of Third and Quail Streets.

Police say Oursavion Robinson, 18, of Troy, was ultimately taken into custody and found to be in possession of two loaded 9mm handguns. One of the recovered handguns was reported stolen to the Rock Hill, South Carolina Police Department on October 30, 2021.

He was arraigned in Albany City Criminal Court and remanded to the Albany County Jail.