Cleanup efforts are underway for some residents after Friday’s powerful storms caused heavy damage and power outages.
Saratoga County was one of the worst hit areas, with downed trees and power lines.
One Ballston Spa family is temporarily displaced after a large tree fell on their home.

On Friday, around 4:30 in the afternoon Norbert St. Pierre was taking a nap when he heard loud noises. He left his bedroom and heard his house shaking. He realized that a tree was resting upon the house. He alerted his girlfriend that she may want to take her time coming home. The strong winds caused tress to fall on the roof of the home. Dale King owns the property. King says the first floor is fine, but most of the damage is upstairs. On Saturday, King says they were clearing out the driveway from all the trees that had fallen down.

St. Pierre lives with his girlfriend and two sons. They were not home during the storm. He is thankful no one was hurt. They have a camper, so they may be camping outside in the backyard. Family and friends have also reached out to offer them a place to stay. The insurance company will be coming out to assess the damage in the next few days. 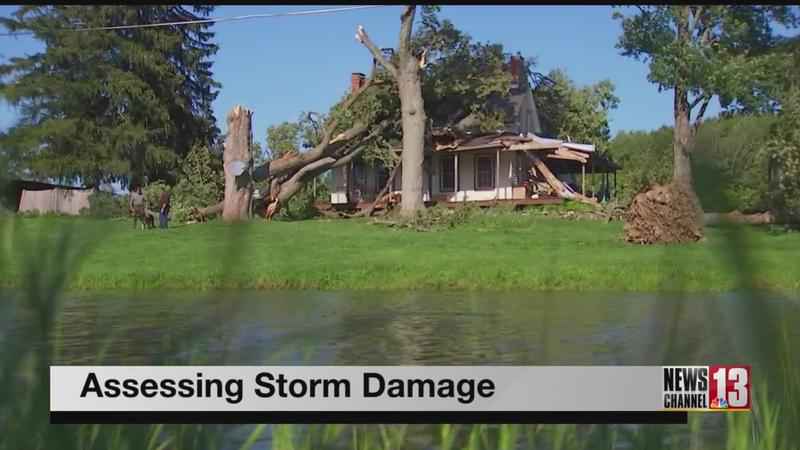