Abortion rights advocates say the leak itself may be shocking, but they saw the court moving in that direction. They did not think it would happen this quickly, though.

The highly unusual leak of a Supreme Court draft opinion is a major shock.

"So we know that 70% of Americans support Roe v. Wade, and to know that the Supreme Court is on the cusp of overturning such a popular and accepted precedent that’s been in place for 50 years, and on top of that, we now are hearing about it through this unprecedented leak, I think is a big indicator that the Supreme Court and politics are no longer quite as separate as they once were," said Chelly Hegan with Upper Hudson Planned Parenthood.

Hegan emphasized that if Roe v. Wade is overturned, there would be very little direct effect on New Yorkers. 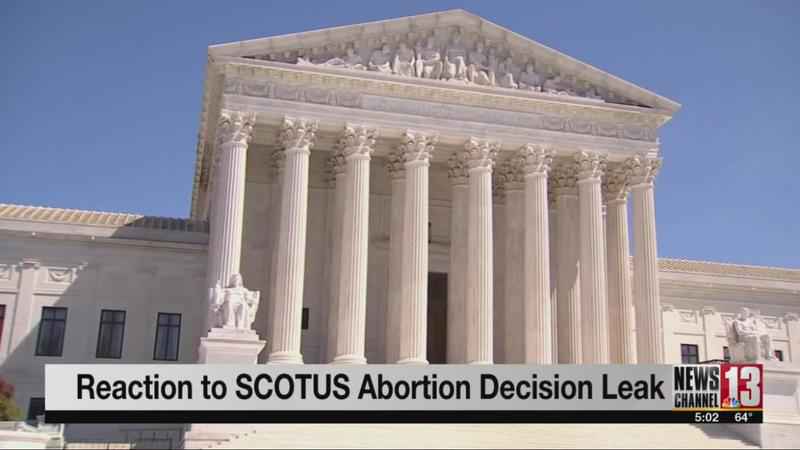 The New York Conservative Party says the leak hints at a long-awaited victory for those who respect the rights of the unborn and who never viewed abortion as constitutionally protected.

Hegan says the bigger question is what it means for the rest of the country.

"And our freedoms are diminished. I mean, I think about people like my daughter or my nieces who could have a great job opportunity, and they’re in their 20s and do they want to live in Texas or do they want to live in Oklahoma or Ohio or states where there’s going to be no access to abortion, because this court isn’t going to be satisfied stopping here," said Hegan.

"It’s outrageous that there was a leak. That’s just not unacceptable, but we’ll continue fighting for the unborn lives in our great state, and we’ll always be for the sanctity of life," said Ivey.