BENNINGTON, Vt. – Police in Bennington are looking for the person or people who vandalized a statue of Abraham Lincoln this weekend.

The statue is outside the Bennington Museum, and it commemorates the end of slavery.

The graffiti shows the number 38 in red. Police say it’s a reference to the Dakota 38, when 38 Native American men were hanged under an order from Lincoln.

Vandals also put up a sign that reads "Land Back". 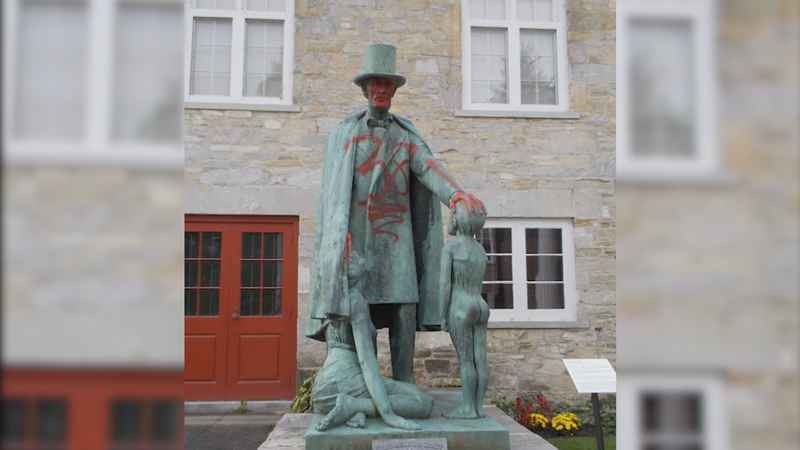 This Abraham Lincoln statue outside the Bennington Museum was vandalized over the weekend.[Bennington Police Department]

The museum staff says it will cost thousands of dollars to remove the paint.

Anyone with information is asked to call Officer Amanda Knox at Bennington Police: (802) 442-1030, or contact her at BenningtonPolice.com.