An accused murderer from Saratoga County was back on the witness stand Thursday, painting a very different picture of the killing than prosecutors put forth.

Georgios Kakavelos said he witnessed a horrible crime and didn’t report it because he feared for his own life.

This was the second day of testimony from Kakavelos, who is accused of murdering Allyzibeth Lamont in October of 2019. He is being tried for first-degree murder, alleging he paid James Duffy, a worker at his Johnstown sub shop, to help him kill Lamont, because she was threatening to go to the Department of Labor and post to social media about Kakavelos’s failure to take out and report taxes.

However, for the second day, Kakavelos described himself as the victim, claiming to have walked in just after Duffy murdered Lamont, and being threatened with his own life if he wouldn’t help. 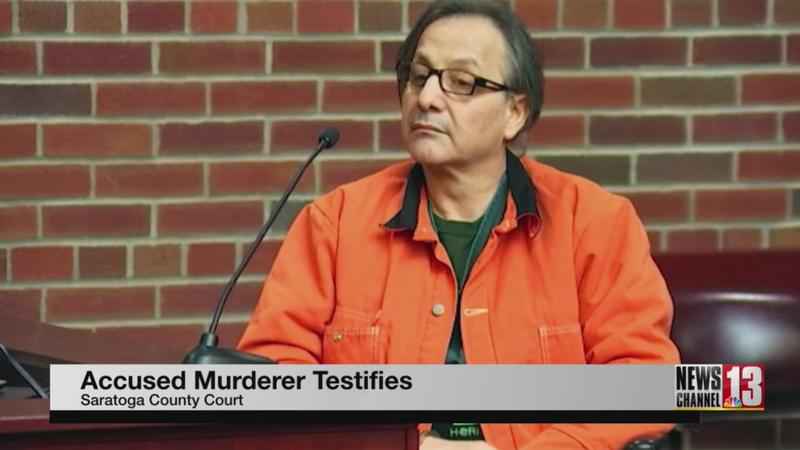 When police first interviewed Kakavelos after Lamont had been reported missing, he claimed to know nothing about it.

When asked why he didn’t share with police the story he told the jury, Kakavelos said he Duffy threatened to kill him and his family.