Advocates from Families for Safe Streets gathered outside the capitol Wednesday. Many a part of the group lost loved ones in traffic accidents. One of those was Rebecca Sonkin. She lost brother Paul in a car crash in 1992. Paul was a passenger in a car. His friend was speeding and lost control as he was turning for an exit on a freeway.

Also, there was Patricia Sawyer. She lost her son Roger in 2017. He was riding his bike to work on Washington Avenue in Albany. He was killed by an unlicensed driver who was speeding.

Families for Safe Streets is pushing for the Crash Victim Rights & Safety Act. These series of bills would lower the blood alcohol content limit for DWI from .08 to .05. It would also guarantee rights for crash victims families in legal proceedings.

The ultimate goal is to prevent injuries and death.

There are just a few days before the end of the New York Legislative Session. Advocates are hoping the series of bills will be passed before the session is over. 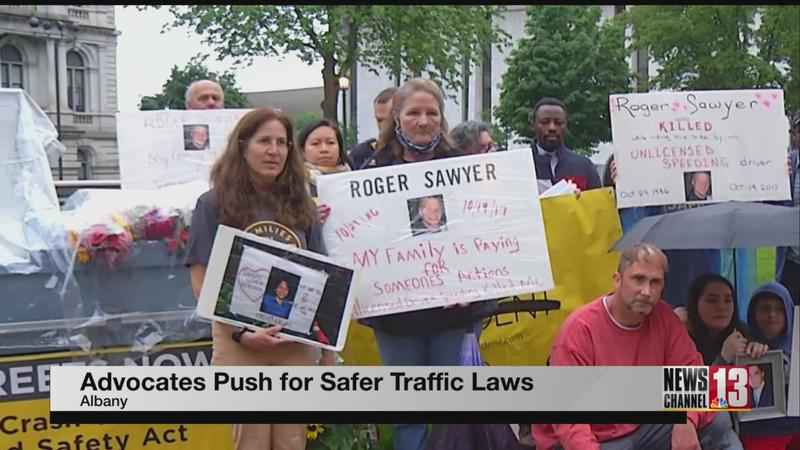