The state Capitol in Albany was briefly shut down on Tuesday. Protests erupted over affordable housing, leading to a large police presence.

More than 1,000 tenants from New York City were at the Capitol for a rally to demand passage of the "Good Cause" legislation. The bill would limit evictions to only those with good and just reasons.

The protesters were chanting "Housing is a human right," and some were seen blocking the doors to the entrance of both the House and Senate chambers.

A protester who was arrested tells NewsChannel 13 they were held in a waiting room, arraigned, photographed and left.

"Housing is a human right!" Chants being made by protestors who are demanding for a bill to be passed that would give tenants more protections. This is happening as rent is rapidly rising. @WNYT pic.twitter.com/Tez4bsEE49

Several protestors are now getting arrested for blocking the entrances. @WNYT pic.twitter.com/j67I9oyb0E 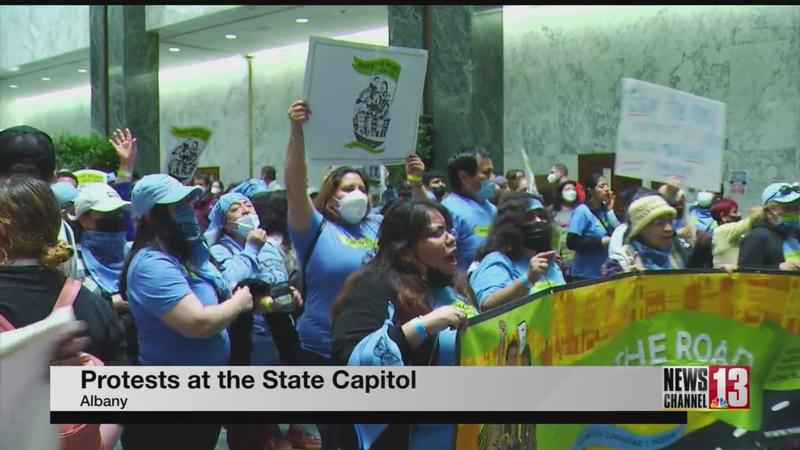