After months of speculation, character assaults and political jabs, the attorney general’s team says it all came down to the testimony of the women.

Not only was each woman’s testimony corroborated, but Discrimination Attorney Anne Clark singled out the clarity of details from former aide 25-year-old Charlotte Bennett, who said the governor asked if she "had ever been with an older man."

"Charlotte Bennett talked to people and texted people contemporaneously. Some of her texts were practically in real-time regarding conversations with the governor," said Clark.

During his 11 hours of testimony in response to the allegations, Clark said the governor did admit that Bennett was telling the truth.

However, the governor would not support the testimony of a female state trooper. 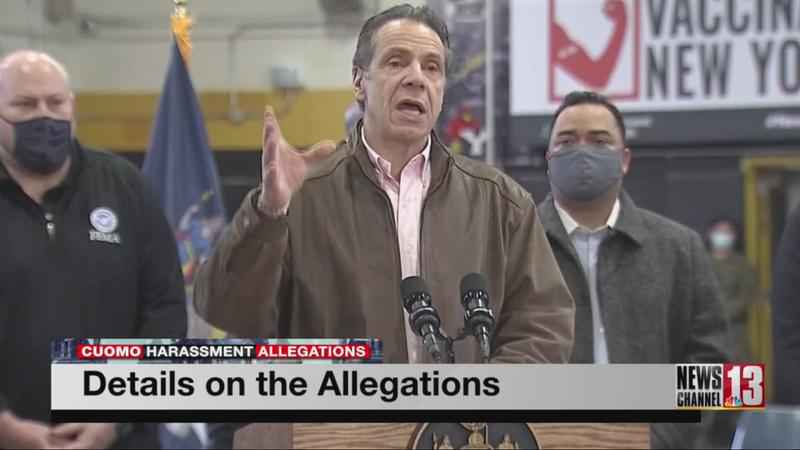 "He denied touching a state trooper, although he said he might have kissed her at an event," said Clark.
Another woman was accused by the governor of being the initiator of physical contact.

While Attorney General Tish James says the report ends her investigation, and she leaves it up to others to reprimand or charge the governor for violating state and federal laws, her report makes it clear that no one is above the law when it comes to sexual harassment.

Now that James says her part is done, hear what she says needs to come next by watching the video of Elaine Houston’s story.