James announced the findings of an independent investigation into alleged sexual harassment by the governor. 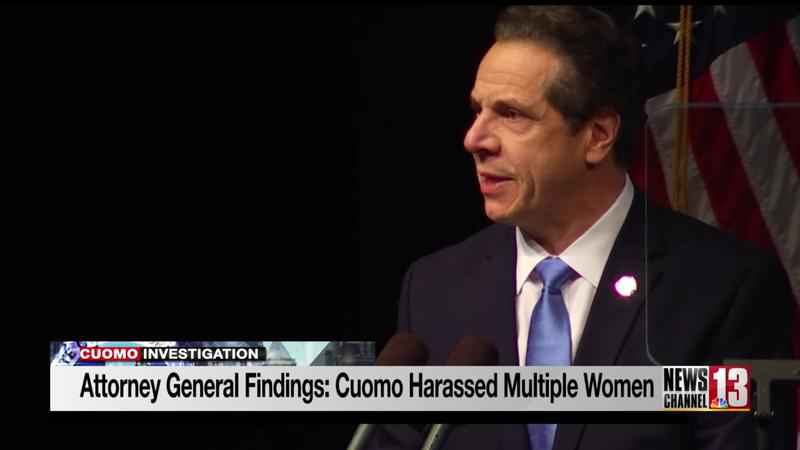 James and lead investigators Joon Kim, a former U.S. Attorney, and Anne Clark, a lawyer who specializes in workplace law, detailed the results of their five-month investigation and offered up a 170-page report.

They interviewed 179 people, and reviewed 74,000 pieces of evidence.

Eleven total complainants, nine of whom are or were state employees, including some who had regular contact with the governor, and others who only met him once.

"But all of them experienced harassing conduct from the governor. Some suffered through unwanted touching and grabbing of their most intimate body parts," said Kim.