The Albany County Republican Conference in the legislature plans to submit a resolution calling out the City of Albany.

It says it’s not paying its fair share when it comes to keeping Albany County residents safe.

Albany County Legislator Mark Grimm said Friday the Sheriff’s Office has had to give extra help to the city during the pandemic, and that’s run up a cost of $1.1 million.

“Typically the Sheriff has patrols in every part of the county; that’s typical,” Grimm said. “But because of the rising crime in Albany and COVID, he’s had to step in to the City of Albany and give us an extraordinary amount of patrols.”

Grimm said the $1.1 million comes from a variety of areas. 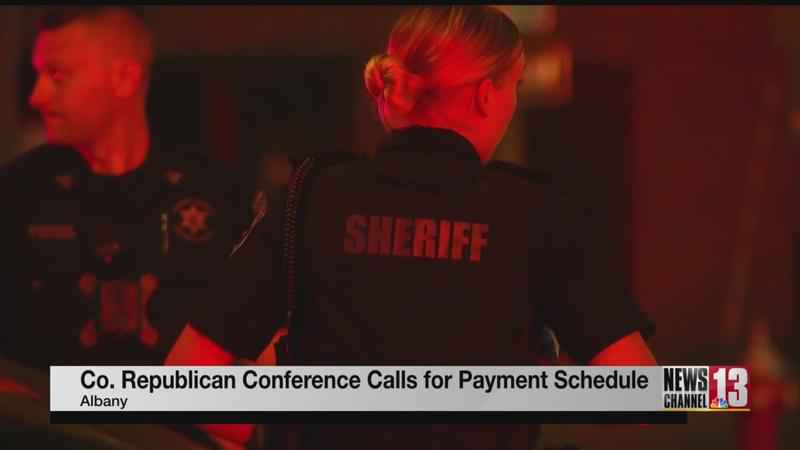 “It’s over $1 million now between the overtime, dispatching, and other related costs.”

In a press release, the Albany County Legislature Minority Conference said the Sheriff’s extra patrols have been helpful in “removing illegal weapons from the street, cracking down on dangerous and illegal operation of motor vehicles, and arresting violators, thereby improving overall public safety.”

It also said the Sheriff wants funding for more dispatchers because of the overflow 911 calls from the city. Grimm said there was 270 overflow calls in a single weekend.

The press release said this puts “City residents in jeopardy if the County did not answer through the E-911 roll-over system.”

“It’s only fair that the City of Albany pick up the bill for this enhanced coverage, because remember — the principal reason for the Sheriff’s Department is to be able to patrol in areas that don’t have police forces,” Grimm said.

The city declined to comment on this when we reached out for a statement. We also haven’t heard back from the Sheriff nor the Police Department yet.

Anchor Rachel Tiede asked Grimm: “What happens if an agreement isn’t reached? Will the county pull those services?”

Grimm responded: “That’s a great question. It’s ultimately up to the Sheriff and how he wants to use his force, but the reality is: ‘Where is the money going to come from?’ The county is either going to have to pick up the money for the services, or they’re going to have to reduce what they’re providing. It’s going to be one or the other.”

Grimm said they plan to file a resolution in the legislature calling for a payment schedule between the city and the Sheriff’s Department.