ALBANY – Sin Thompson does not consider himself a hero.

The Albany man was on his way to work around 7 a.m. Thursday, when he noticed a fire burning at a home on Delaware Avenue. Thompson quickly jumped into action.

"I couldn’t go in on the side. I had to go two houses over, hop fences, and go to the back of their house," Thompson explained. "I saw a lady coming out of her house, and her son was inside too. I went inside and grabbed him out, put him over the fence and put her over the fence."

Thompson says he did not think twice about heading towards the flames.

"I have three kids of my own," he said. "If anything ever happened, I would go crazy." 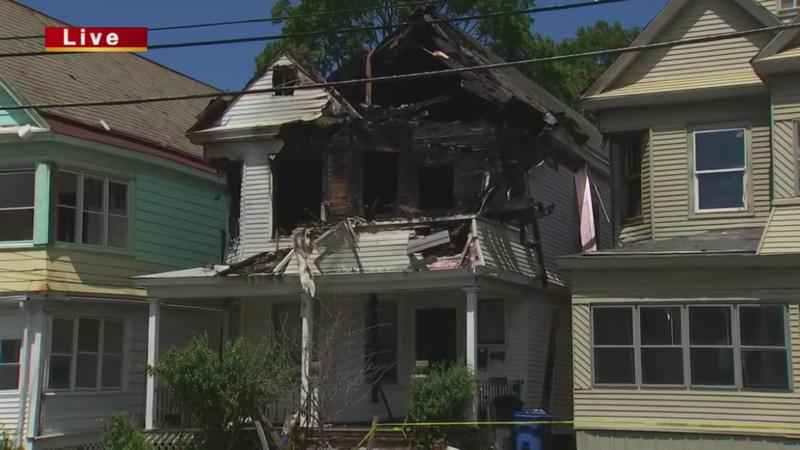 After making sure Holly Hathaway and her son Donovan made it out okay, Thompson gave the 4-year-old boy his coat to help him stay warm.

Hathaway says she could not be more thankful for his bravery and kindness.

"If it wasn’t for him, we would probably all be dead. We were asleep," Hathaway said. "Luckily, there are still good people in this world. I do not know what we would do. All of my stuff is in there, but I still have my son and that is a lot considering."

When fire crews arrived at the scene, the found a heavy fire coming out of the second floor of the building.

Albany Fire Chief Joseph Gregory says there were eight people inside the building at the time of the fire. Five of those people were residents, and three people were visitors. All made it out safely.

"Thank you. That’s what it’s all about, people helping people," he said. "It just goes to show you people care about people."

The cause of the fire is under investigation, and Chief Gregory says it is not clear if the building will have to come down.