A violent summer in the city of Albany continues, as six men are recovering from gunshot wounds. Albany Mayor Kathy Sheehan says the individuals who committed the crime will be held accountable.

As we reported earlier, there were two shootings within the matter of 90 minutes. The first incident took place near the intersection of Sherman Street and Henry Johnson Boulevard around 10:40 p.m. Saturday.

Five men were shot in that incident. At midnight Sunday, police responded to Grand Street and Madison Avenue for another shooting.

Police say a 31-year-old man went to Albany Med with gunshot wounds to the torso and ankle. All men are being treated for non-life threatening injuries. The victims ranged in age from 17 to 48. Mayor Sheehan says shootings will not be tolerated in Albany.

"Our detectives are working really hard around the clock and doing all that they can to ensure that we are able to arrest the people who perpetrated these acts," said Sheehan. 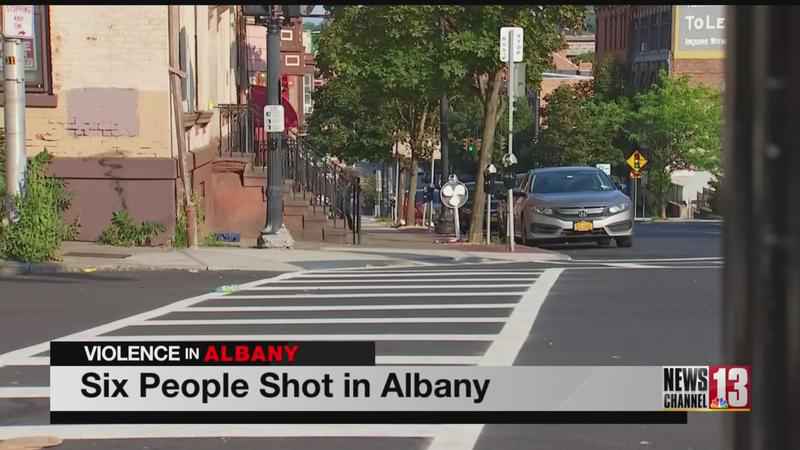 Roy Conrad lives on Sherman Street. He has lived in his house for 40 years. The violence concerns him. He is hoping something can be done to address the violence.

An Albany police spokesman says this year they’ve had 45 shootings where 65 people were shot. There have been 13 homicides.

“The continued violence is a concern and it’s clear we need to add more capacity to our police force. I will be advocating that the Albany Police Department bring in additional resources to expedite the hiring of a large class of officers. (We’re) approaching budget season, and I won’t support any budget for 2022 that doesn’t increase funding for the police."