When people call 911, the men and women who pick up on the other line have seconds to get them critical help.

"It is literally a difference between life and death," said Jeremie Meyer, Director of the Communications Unit of Albany Police Department.

It’s part of "National Public Safety Telecommunicators Week," celebrating the people who coordinate emergency resources and get first responders where they are critically needed.

The head of the police communications unit says dispatchers have been through a lot. On top of the stress of the job, they worked day and night as many members of the public were sick with COVID and as they dealt with staffing shortages. 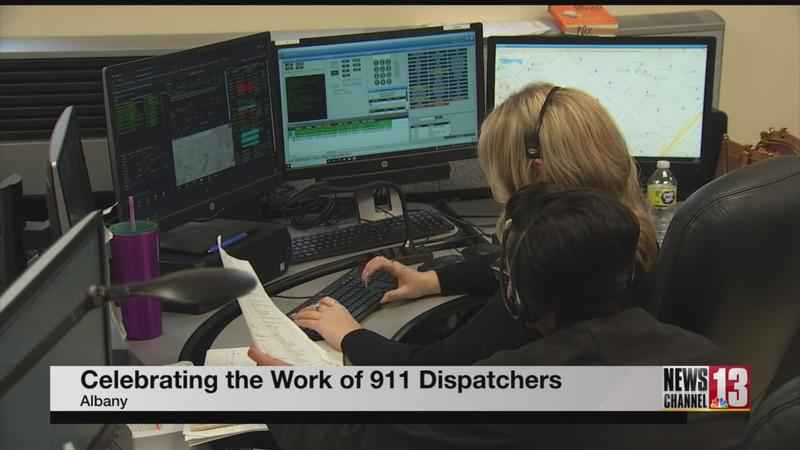 "I’m big on crisis incident stress management, and a lot of my studies have found that dispatchers have about the same percentage rate of post-traumatic stress disorder that firefighters and police officers have. So it can be a very stressful job," said Meyer.

He says mental wellness is a priority, and dispatchers in Albany just completed a course on it.

Meyer’s office is closer to a normal staffing level of 42 dispatchers. However, during the pandemic, the number dipped to just 17 staff members.