Albany Mayor Kathy Sheehan and Police Chief Eric Hawkins are speaking out after a violent few days in the city.

Sheehan and Hawkins say that any shooting that happens in the city is one too many, but the problem of gun violence in Albany can’t be blamed on any one thing.

In order to prevent young people like this from becoming the victims or perpetrators of gun violence, Sheehan says she would like to expand the city’s Summer Youth Employment Program. It’s something she considers an effective prevention strategy.

In the wake of Gov. Cuomo executive order declaring gun violence a disaster emergency, the mayor says she’s hopeful the city will receive financial support to grow other violence prevention programs like the SNUG program. 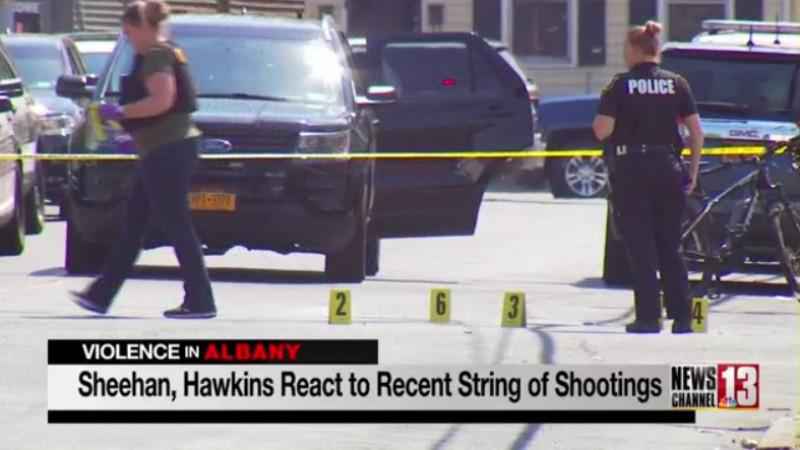 The police department has had additional help from the county sheriff’s office and state troopers in recent months. Hawkins says their help has been extremely effective, but it’s not clear how long their assistance will continue for.

While both the mayor and police chief acknowledge that there is a lot of room for improvement when it comes to the battle against gun violence, they also believe a lot of progress has been made and that these community programs have been effective.

Learn how much Chief Hawkins says shootings have dropped by watching the video.