At his side, and speaking before the president signed, the first female and first black vice president, Kamala Harris.

Just hours before the historic moment, NewsChannel 13 spoke with Debora Brown-Johnson, the president of the Albany branch of the NAACP. She says the day should be a day to celebrate and educate.

Juneteenth honors June 19, 1865, the day the last slaves were freed in Texas. Brown-Johnson went on to say marking the day as a national holiday is a long time coming, but she’s also quick to point out there’s still a long way to go.

Juneteenth has been celebrated and commemorated in some parts of the country for decades, but it just came into the national spotlight on the heels of several high profile shooting deaths of blacks by police. 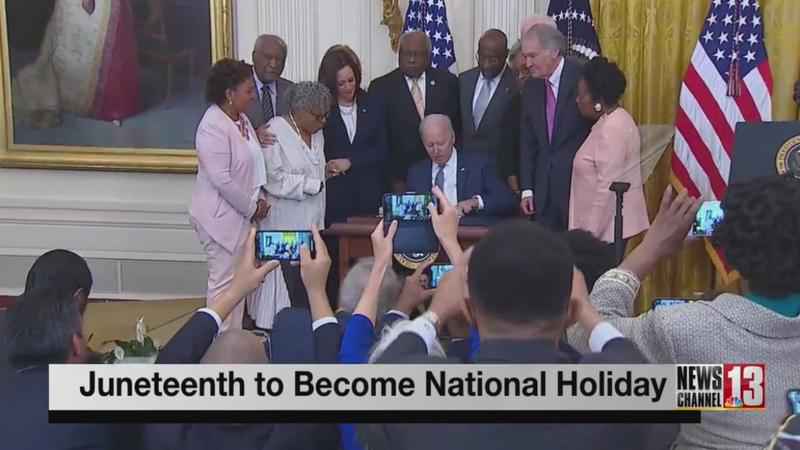 "It’s important for people who don’t know Juneteenth, and I don’t profess to know all there is to know, but for those who don’t know or who have not heard of it, it becomes an opportunity to learn more about what happened and why there is such a day," said Brown-Johnson.