Albany Police Chief Eric Hawkins may be moving on. He’s one of four finalists for the police chief job in Akron, Ohio.

NewsChannel 13 reached out to the chief’s office for any comments.

Chief Hawkins says he is still the police chief of Albany and will still devote his energy to the city.

Hawkins has been the Albany police chief since September 2018.

Prior to working in Albany, he served as the police chief of Southfield, Michigan’s police department. 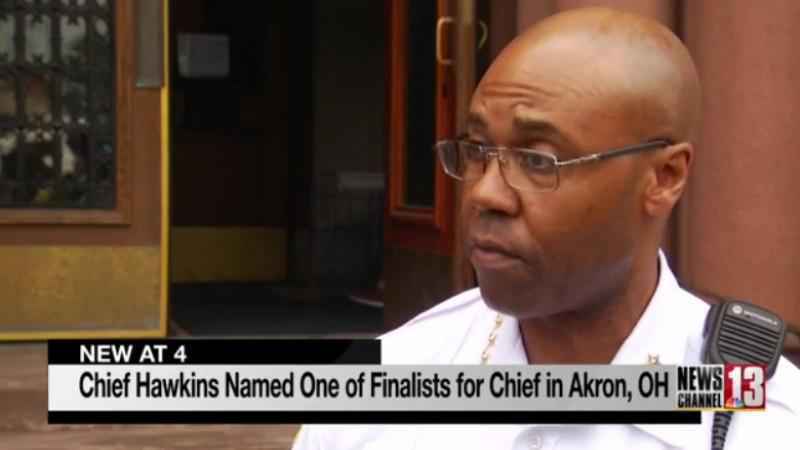 Since coming to Albany, he’s said he tried to prioritized police-community relations.

Chief Hawkins’ announcement comes as the city is dealing with an increase in gun violence. There have been nine homicides so far this year.

As NewsChannel 13 has reported, his department also faced criticism for the way they handled protesters who were camped outside of the South Station.

He didn’t tell NewsChannel 13 why he applied to the Akron position. However, he says he is still committed to the city of Albany.

He is Albany’s 25th police chief.

"I do not have an offer of employment from another law enforcement agency. I will continue to devote all of my time and energy to the City of Albany."

"It’s not surprising to me that a member of my leadership team is being sought out by another agency. I have the best team in the business and they receive job inquiries and offers all the time."