The chief of police in Albany is defending his department’s actions in the shooting of Jordan Young, shedding some light on Young’s history with police.

There’s been a lot of talk from a family spokesperson about an arrest 10 days before Young was shot.

The police chief addressed some of those concerns to the Albany Common Council.

In the meeting, the chief shared body cam video of that arrest from January 14. 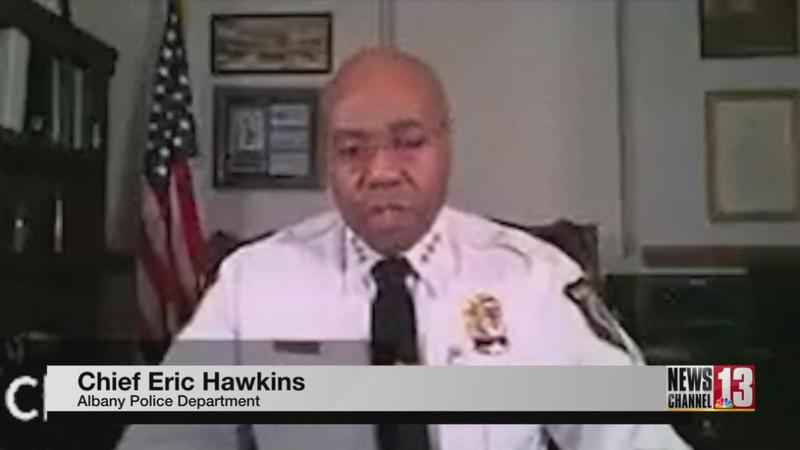 He says it was blurred out to protect the identity of the person who called for help, and to hide her address.

The call was for a man threatening a person with a gun. She names Young.

Young was arrested and during that arrest, his family claims he was beaten and assaulted by police. The chief says those claims are false.

He also talked about the weapon.

What looked like a gun, was a gun-shaped cigarette lighter, he put it side-by-side with the image of a real gun.

One of the biggest claims made by Young’s family is they never made the call for a home invasion the night he was shot by police.
NewsChannel 13 got hold of the communication from dispatch from the night Young was shot.

See what’s in the report, by watching the video of Subrina Dhammi’s story.