Welcome to the future. That was the message on Friday, as Gov. Kathy Hochul and New York legislators celebrated the start of the offshore wind industry.

Albany will lead the nation in building offshore wind turbines.

During NewsChannel 13’s exclusive one-on-one interview with Jennifer Granholm, the U.S. Secretary of Energy, she said the expectation is 100% clean energy by 2035. 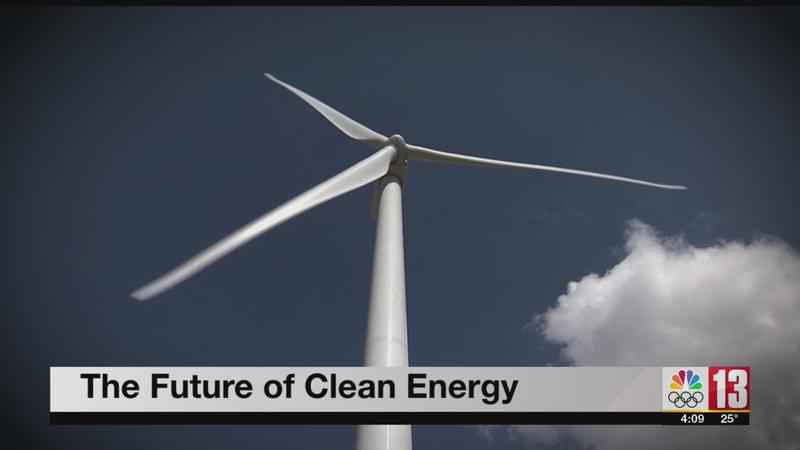 "The wind is powering 24/7. If they are placed in the right places. It’s a consistent form of clean energy."

This initiative of the "Build Back Better" agenda from the Biden administration.

"When you have no fuel costs, we’re going down a great avenue because you have predictability. You don’t have fluctuation," he said.

The expectation of zero-carbon electricity is still years away.

There are still daily energy concerns, including the price of gas. Those prices are starting to tick back up.

Granholm said the Biden administration secured a deal with China to do a release from the country’s petroleum reserve. That will increase supply, reducing pain at the pump. However, Granholm said that’s just short-term help.

"In the long term, what we want to do is invest in electrifying our transportation system so that we are not reliant on volatile fossil fuels."

Reaching that goal would not only require expenditures like wind turbines but political buy-in from the right – which historically – has not been supportive of green energy.

Granholm said the first thing that needs to happen is the House and Senate need to pass the "Build Back Better" agenda.

"The "Build Back Better" agenda invests, incentivizes clean energy build back. There’s a lot of pockets of the country that are conservative that have actually really embraced the wind and solar."

"Who sees this clean energy future as growing the pot, who don’t see it as they’re fighting against fossil fuels, but they see it as an opportunity to create jobs."

The new manufacturing hub at the Port of Albany will create 5,200 jobs.

State and federal leaders said it will create jobs in every spectrum, from engineering and planning, design to maintenance to construction. The list goes on.

These are also union jobs.

Although this pull for clean energy is part of the Biden administration, the president’s approval rating has declined during the pandemic.

Tonko said he absolutely believes it will go back up with this investment.

"Everything from white to blue-collar jobs. It covers it all and people will understand the intention of ‘Build Back Better.’"

The offshore wind turbine manufacturing hub is a $500 million investment. Hochul said $20 million will go towards training people to build the wind turbines.