Albany woman desperate to get her kids out of Afghanistan

A local Afghan mother is desperately trying to get her four children safely to New York as the Taliban takes over Afghanistan.

While their application to come to here was approved a year ago, there’s been no movement since.

Suneeta came to Albany in 2018. Her four children had been kidnapped by her husband’s brother. She thought by coming here, the United States could then help her bring her children here.

Now it’s more important than ever to get them here as the Taliban takes over.

“We’re not asking for anything illegal. We’re not asking for smuggling across international borders. We have filed the correct and accurate paperwork to bring her children here legally,” said Sara Lowry, an attorney with the United States Committee for Refugees and Immigrants, who is helping Suneeta.

Suneeta says her family stood by American troops coming into Afghanistan, and it’s time the United States help her family.

“I am here stressing and thinking every time about my kids and thinking how the U.S. government can’t help me or my kids when they’re father did help and work with them for years,” Suneeta said through a translator.

Suneeta’s children are alone in Afghanistan after escaping from their uncle. Lowry says the children have been approved for humanitarian parole since June 2020. Since then, they have been waiting on the Department of State to issues visas and interview them at the embassy.

“We’ve been told it’s due to COVID,” Lowty said. “We’ve worked with many international organizations, and I guess the bureaucracy mountain is too tough to move.”

They say time is running out — and Suneeta says her children ask her every day what they should do.

“I’m very concerned for their lives and safety,” she said through her translator. “They’re all by themselves and the situation is getting worst every second.” 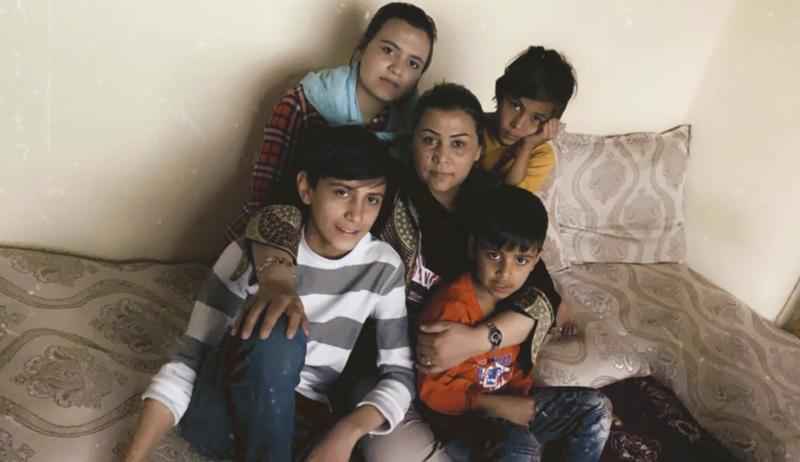 Suneeta and her four children.[Photo provided]