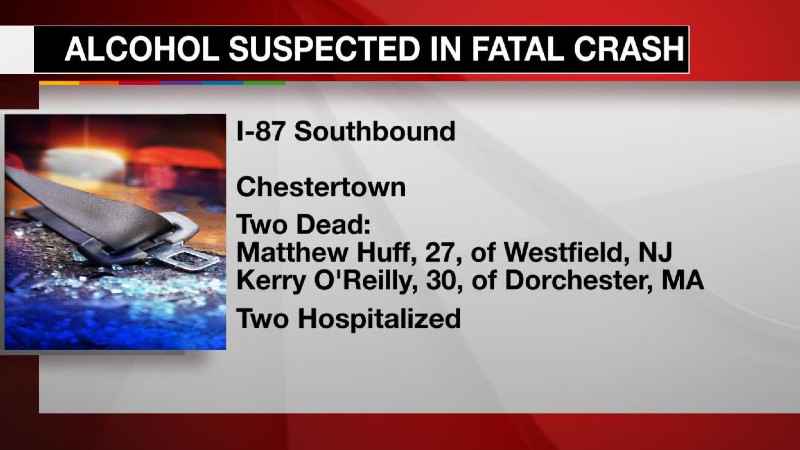 Alcohol is now suspected to be involved in a deadly two-car crash on the Northway.

State police say this happened on the Northway in Chestertown Friday.

Police say Ford was going the wrong way on the Northway when he collided head-on with another car, driven by 30-year-old Lauren Huff, of Boston.

She was airlifted to the hospital in critical condition. Her two passengers, 27-year-old Matthew Huff, of Westfield, New Jersey, and 30-year-old Kerry O’ Reilly, of Dorchester, Massachusetts, both died at the scene.