Alcohol-to-go will end at midnight Thursday

CLIFTON PARK – In the distillery business there’s no way to sugar coat what’ll be happening at midnight on Thursday. At Yankee Distillers in Clifton Park, owner Matt Jager says he’d like to think he’d still be in business if he wasn’t allowed to sell alcohol-to-go during the pandemic, but he also admits there’s no way to be sure.

What he does know is that not being able to continue that service creates a great deal of uncertainty.

"This is a disaster that is unfolding for businesses like mine in real time and I’m watching the clock right now and we’re looking at about 28 hours until this very real thing is going to happen," Jager says.

A recent poll by the New York Restaurant Association indicates 78% of New Yorkers favor permanently allowing alcoholic beverages to be purchased for takeout.

Those results prompted the President of that trade group, Melissa Fleischut, to issue a statement that reads: 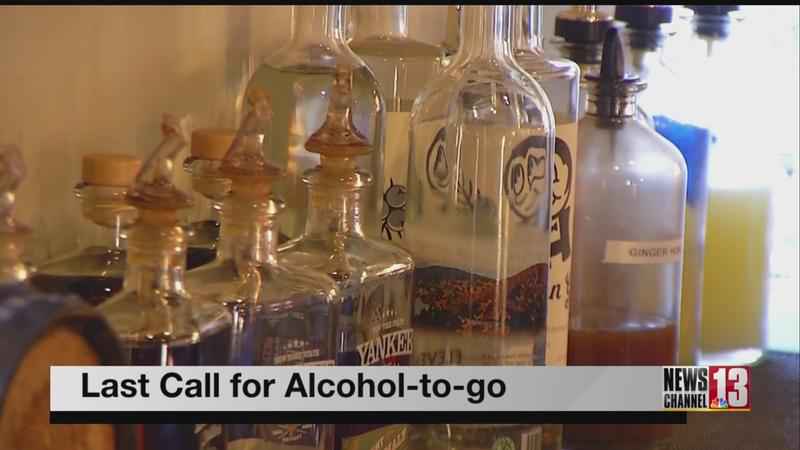 "While the lifting of the emergency order is a welcome milestone to the end of the pandemic, with it comes the sudden end to alcohol-to-go. A permanent extension of alcohol-to-go is supported by 78% of New Yorkers, but the legislature failed to extend it and now the Executive Order has ended. Only in New York would elected officials ignore an overwhelming majority of the public. Restaurants are struggling to find staff, keep up with rising costs and manage a limited supply of goods, and nearly two-thirds of the applicants will not receive Restaurant Relief Funds. New York State must to more to help, not hurt, our restaurant industry."

At 9 Pins Cider Works in Albany, five employees were hired specifically to deal with takeout. Tonight their status is in question.

At Yankee Distillers, Matt Jager is especially disappointed since he converted his whiskey operation into a hand sanitizer plant during the pandemic, intent on helping his community.

"For this to just be thrust upon us so quick, I don’t want to necessarily say I feel betrayed, but it just seems like if they had just (given) a little more forethought we could have avoided this situation for us," he said.

Before the legislative session ended, the senate passed a bill that would have extended alcohol-to-go. A similar bill died in committee in the assembly.