ALBANY – Kids in Albany were celebrating Halloween with SNUG.

The anti-violence outreach group held a Halloween event on the city’s South Side.

It’s part of an expanded presence there that the city is hoping will help reduce violence.

There were giveaways for kids, including gift cards and free costumes. They were also feeding kids pizza and candy. 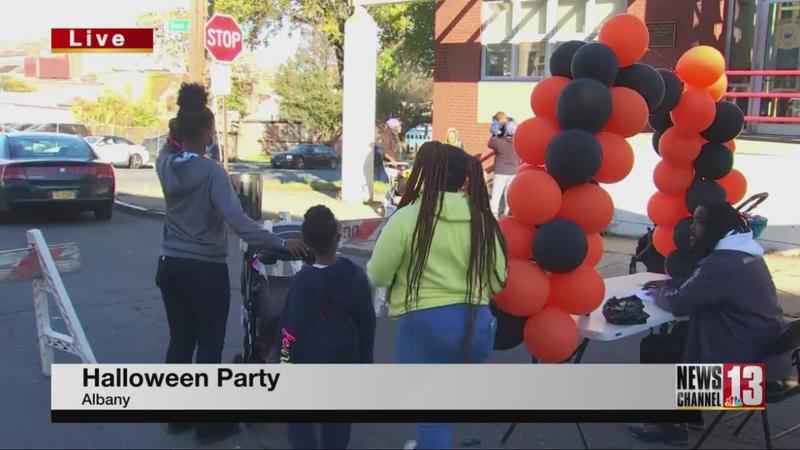 This is just one way SNUG is reaching out to the community and building trust and relationships to try to curb gun violence in Albany.

They’re very present in Arbor Hill, but their presence and outreach efforts are expanding with another center on the south side. They say it’s important to be on this side of town to bridge the gap between serving the community that lives here and in North Albany.

Their new hub on the south side is part of the city’s plan to reduce violence. Albany is funding five new outreach positions SNUG says will help hundreds of people get out of a gang or illegal activity.

SNUG provides a safe person to talk to and connects people with the resources they need to get a job and get on a positive path. Their programming is all voluntary for people who want to be on that path but might not have the resources to get out of their situation. They say they’re trying to reach people in a way law enforcement can’t.

"We can’t ask them to, ‘Hey, put down the guns,’ and not have something to substitute that with. So that effort to getting a job, or getting back into school, that’s our way to, ‘Hey, if you put this down, maybe we can help get you a better education and get you back into school,’" said Justin Gaddy, the program manager.

SNUG is still hiring more people on the south side to connect with people here who need their help.

They hope their new center on the south side will be open next month.