By SALLY HO and CAMILLE FASSETT The Associated Press

SEATTLE (AP) — Leroy Pascubillo missed his daughter’s first step, her first word and countless other milestones. After being born addicted to heroin, she’d been placed with a foster family, and he counted the days between their visits as he tried to regain custody. But because of the pandemic, the visits dwindled and went virtual, and all he could do was watch his daughter — too young to engage via computer — try to crawl through the screen.

They’re among thousands of families nationwide whose reunifications have been snarled in the foster care system as courts delayed cases, went virtual or temporarily shut down, according to an Associated Press analysis of child welfare data from 34 states.

The decrease in children leaving foster care means families are lingering longer in a system intended to be temporary, as critical services were shuttered or limited. Vulnerable families are suffering long-term and perhaps irreversible damage, experts say, which could leave parents with weakened bonds with their children.

The AP’s analysis found at least 8,700 fewer reunifications during the early months of the pandemic compared with the March-to-December period the year before — a decrease of 16%. Adoptions, too, dropped — by 23%. Overall, at least 22,600 fewer children left foster care compared with 2019.

"Everybody needed extra help, and nobody was getting extra help," said Shawn Powell, a Parents for Parents advocacy program coordinator in King County, Washington. 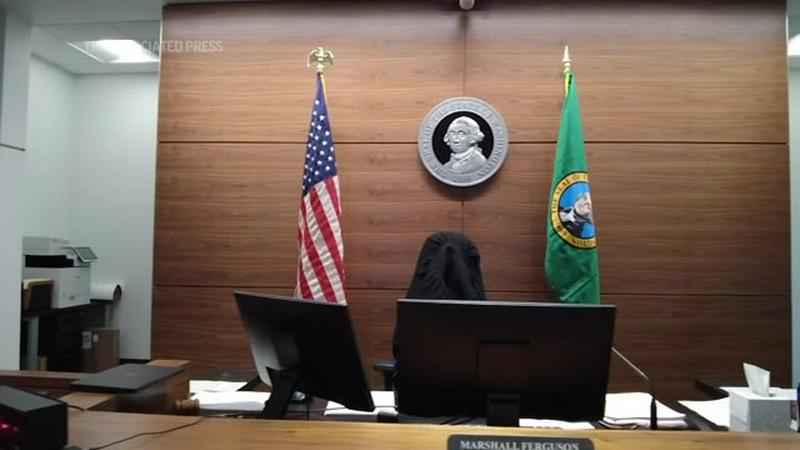 For months, King County, like many parts of the country, suspended nearly all hearings except emergency orders, which led to prioritizing child removals over family reunifications. Adoptions slowed. Services needed for reunification — psychiatric evaluations, drug testing, counseling, and public transportation to access these services — also were limited.

During the period examined in AP’s analysis, the total foster care population dropped 2% overall — likely a result of the significant decrease in child abuse and neglect reports, where the process to remove a child from a home typically begins.

Those in foster care are disproportionately children of color and from poor families, national data show. Those groups tend to have more contact with social service agencies that are mandated to report potential abuse and neglect, which means the pandemic has amplified not just the challenges of poor parenting but of parenting while poor.

"The systemic problems around racism and poverty in COVID and how people are treated in the child welfare system may be compounding," said Sharon Vandivere of the group Child Trends, who noted that longer stays in foster care are inherently traumatic and make reunifications less likely.

For D.Y., a Black teenager at a Seattle-area group home, the pandemic has magnified the isolation of being in the care of child protective services. He’s been out of his mother’s custody since 2016, after a report found she physically disciplined her children. They had visits in the years following; lawyers expected his mom would regain custody in fall 2020.

But because of COVID-19 protocols and staffing shortages, already-limited privileges at the group home were scaled back. In-person visits ended. Group activities all but disappeared. Inside, D.Y. resented wearing a mask and washing his hands constantly. With each exposure scare, he and others had to quarantine.

When he resumed in-person school, he hoped officials would find it safe to see his mom again, too — but that didn’t happen for months. His sister – who was placed with relatives and whose case was further along at the pandemic’s start – was returned home to their mom last summer. D.Y. wants the same: to taste his mom’s cooking, to make eggs in his own kitchen, to sit on the couch with his family without masks.

"I still want her to baby me," the 13-year-old said of his mother, who declined to comment for this story while the cases of D.Y. and her third child remain active. "I can tell she has high faith of when I’ll come home. I don’t know if it’s going to happen."

The AP is not naming D.Y., instead referring to him by the initials used in his lawsuit against the Washington State Department of Children, Youth and Families. The lawsuit accuses the state of providing inadequate care as D.Y. was bounced through 50 placements before the pandemic, some days housing him in a motel or the agency’s office building. The state declined to comment on his case and lawsuit.

Frank Ordway, chief of staff at Washington’s child welfare agency, blamed court-system closures for the drop in reunifications and implored those that haven’t fully reopened to prioritize cases like D.Y.’s.

"When those systems aren’t working, those families and those children are left in limbo," Ordway said.

Illinois was the only state that saw an increase in foster care exits. Others in AP’s analysis acknowledged drops but said each case has unique circumstances beneath the numbers.

Leroy Pascubillo, now 51, had used drugs over the course of four decades, but said he started working toward sobriety after his daughter’s birth, in February 2019.

The court put him in the only Seattle-area rehab center that allows children to stay on site with their fathers. He had a few in-person visits with his daughter weekly and believed that if he got through the initial stages, she could join him in March 2020 while he completed treatment. The pandemic upended that plan.

"You start building that relationship, and then it’s taken away," he said. All the more painful was that he knew his daughter, now 2, had no contact with her mother. Pascubillo said she hasn’t participated in the custody case; she couldn’t be reached by the AP.

Once courts began to hear existing cases again, Pascubillo was able to reunite with his daughter, complete rehab and land a Seattle apartment with the help of state and nonprofit services. He wants to work as an advocate to help fathers find their way back to their kids. He still weeps over the time he’s lost.

"I figured she would have forgotten me. But as soon as I looked at her and sang ‘baby, baby, baby,’ she started kicking like she was in the womb," Pascubillo said. "We have this bond."

Fassett reported from Santa Cruz, California, and is a corps member for the Associated Press/Report for America Statehouse News Initiative. Report for America is a nonprofit national service program that places journalists in local newsrooms to report on undercovered issues.