Members of the Assembly Judiciary Committee began reviewing the final report into Gov. Cuomo on Thursday.

This investigation is separate and apart from the one conducted by Attorney General Letitia James.

Even though the Assembly Judiciary Committee’s probe is over, there are still just a handful of people who have seen it and know what’s in the report.

This was all happening in Chairman Charles Lavine’s office Thursday on the 8th floor of the Legislative Office Building. 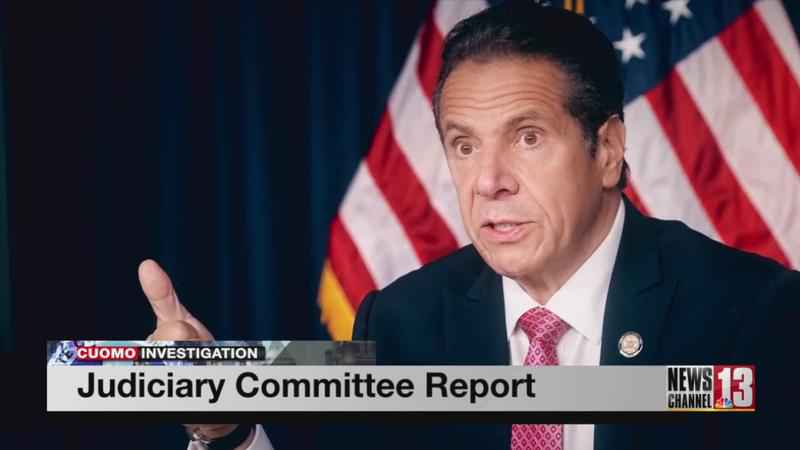 None of them spoke specifics to the media.

However, Lavine mentioned without elaborating that the Assembly investigation dug up information not included in the attorney general’s report.

The law firm Davis Polk & Wardwell has been looking into several aspects of Cuomo’s behavior, including, allegations of sexual harassment, nursing home data mishandling, his book-writing scandal, and details involving construction of the Mario Cuomo bridge.

Lavine also said he believes members as they come in to review the report will be satisfied with its thoroughness.

"We have interviewed an awful lot of people, and I think that our members are going to be fully satisfied with the quality of our investigation," said Lavine.

He also says he doubts the report will be shared with the Cuomo camp before it’s made public.

Lavine also noted Cuomo provided neither evidence nor testimony to this probe.

Even though Cuomo is now out of office, taxpayers are picking up the $5 million tab for this investigation, a price that Lavine insists is well worth it.

BREAKING NEWS – a lone assembly staff member is on duty on the 8th floor of the Legislative Office Building in Albany, down the corridor from Assembly Judiciary Committee Charles Lavine’s office where committee members can review the Cuomo Report one at a time beginning today. pic.twitter.com/LpIyhVHaHp