The New York State Assembly’s 45-page report into the conduct of former Gov. Andrew Cuomo is out.

The report, written by independent investigators from the law firm Davis Polk & Wardwell, comes more than eight months after the Legislature launched the impeachment investigation.

He used state resources to write his book, and received more than $5 million in the deal, and was "not fully transparent" about nursing home deaths from coronavirus. 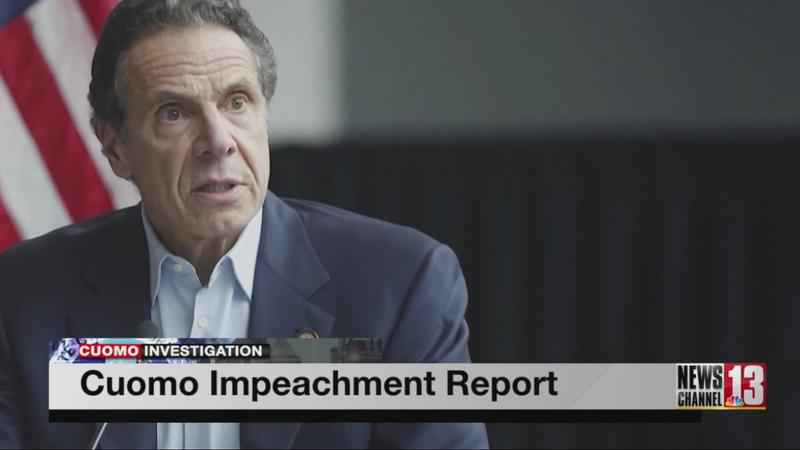 The result is not unlike the findings of the attorney general’s investigation.

"It’s all about arrogance and the idea that ‘I’ve got so much power, the rules that apply to everyone else don’t apply to me,’" said Democratic Assemblyman Phil Steck, who serves on the Assembly Judiciary Committee.

Steck says their impeachment investigation report backs up everything we’ve been hearing since the first bombshell dropped.

"This type of behavior was the norm for the Cuomo administration," added Steck.

Republican Assemblywoman Mary Beth Walsh says her only disappointment is that the investigation ended when Cuomo resigned and wonders if more might have been discovered. She says the details of the former governor’s sexual harassment – the inappropriate touching, groping and kissing, especially of a state trooper assigned to his detail, was disturbing.

"That really hit me. I was pretty upset reading that part in particular," said Walsh.

On Cuomo’s book deal, the report finds he did utilize the time of multiple state employees "to further his personal gain." It also claims Cuomo received a guaranteed payment of $5.2 million, despite his suggestion any income would be dependent on sales.

The other major element was the reporting of COVID deaths at nursing homes. The investigation found the Department of Health had prepared accurate reports that never made it past the governor’s office as they tried to avoid criticism.

Hear Steck and Walsh’s thoughts on what we as a state need to learn from this, and where we go from here, by watching the video of Jerry Gretzinger’s story.