Saratoga Springs Assistant Police Chief John Catone says he let anger and frustration interfere with his intended message when he was talking about recent violence in the city.

During a news conference on June 28, he blamed the recent uptick in violence on gang members coming from Albany to sell drugs.

Since then, Black Lives Matter activists in Saratoga Springs have been demanding an apology.

They called the statements race-baiting comments.

You can read the assistant chief’s full statement here:

At the June 28th press conference with Public Safety Commissioner Robin Dalton, I allowed anger and frustration to interfere with my intended message.

The conference was called to address and inform the public on the recent stabbing and gunfire incidents in our downtown, to discuss the increasing presence of identified gang members, and to detail the department’s efforts in investigating and responding to those issues. We are not a city known for this type of criminal activity, but we should appreciate that we are not immune to it either. Addressing it will require the entire community working together with our police department, and this requires mutual trust.

While I fully appreciate that the Police Department must always work toward building and maintaining that trust, my frustration at the conference stemmed from the fact that certain misinformation has unfairly eroded it. My comments were not meant to cast blame, or serve as a threat. My comments were meant as a call upon every member of this community to work together.

I have spent my entire professional career serving and protecting the people who live, work and visit our great city and I will always remain committed to that mission. 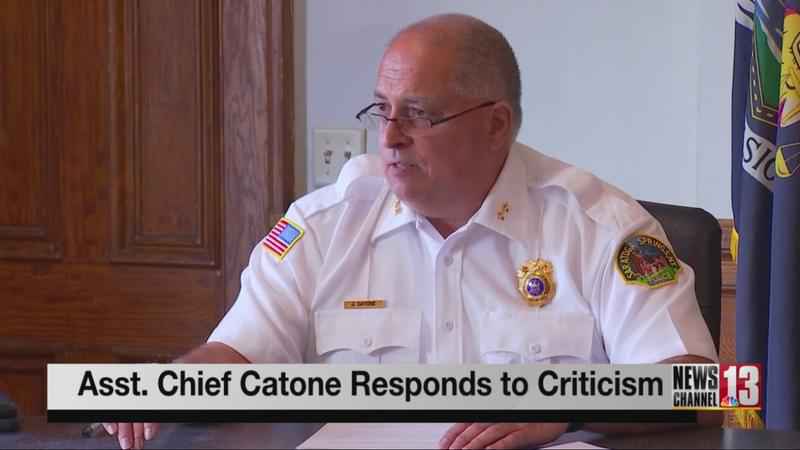