An asteroid bigger than the Empire State Building flew by earth at 4:51 p.m. on Tuesday.

The last time the space rock was this close was nearly 90 years ago.

The asteroid is estimated to measure more than 3,280 feet across.

The asteroid may not be visible with the naked eye, but the virtual telescope project has been streaming it on YouTube.

Even though the asteroid is massive in its size, experts say it’s not too close for comfort. 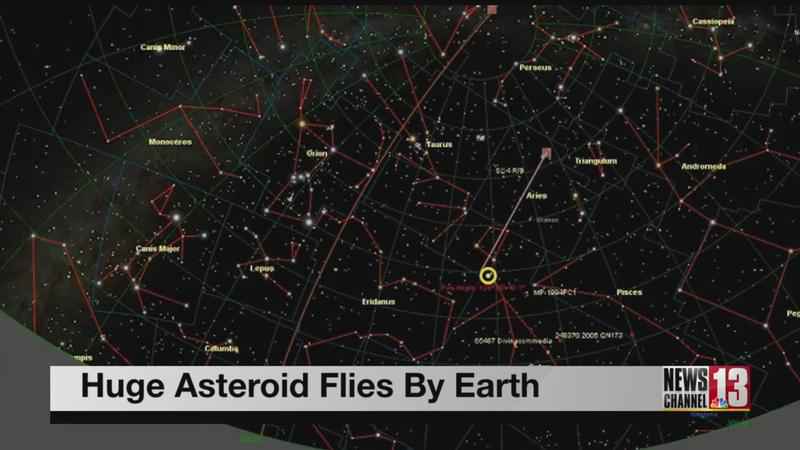 "It’s not even going to come as close as the moon to the Earth, so the main message I want to give you is don’t worry, you can look up. There’s nothing to be afraid of with this one," said Dr. Jonathan McDowell, an astrophysicist at the Harvard Smithsonian Center for Astrophysics.

The next time it’s anticipated to fly by earth at such a close distance is not until January 18, 2105.