A police spokesman told NewsChannel 13 Monday morning they were not notified of an investigation, but tells us they will cooperate fully.

Black Lives Matter activists are hoping the investigation provides some accountability that they feel they have not gotten from police. 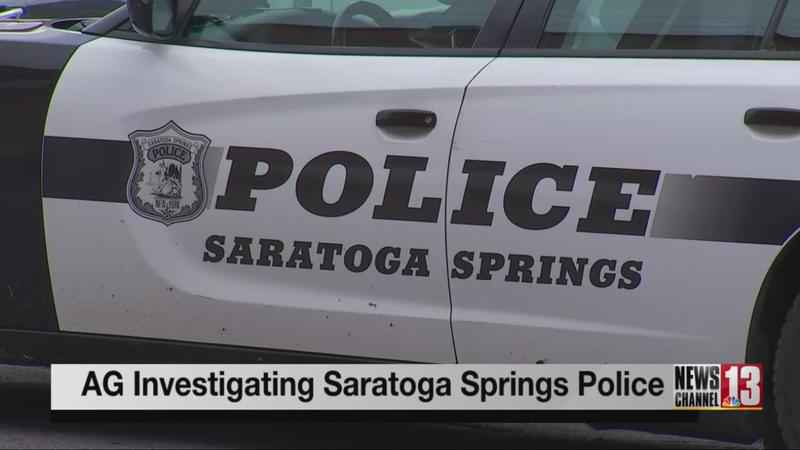 Specifically, the attorney general’s investigation is looking at the Saratoga Springs Police Department’s handling of arrests made from warrants issued in July and August. Several of those arrests came nearly two months after the protest.

Police say the arrests are related to a Black Lives Matter protest on July 14, when demonstrators stopped traffic.

As NewsChannel 13 reported back in September, some BLM activists said they did not know why they were being held by police, and claimed they did not get access to water or face masks at first.

The City of Saratoga says it is aware the Human Rights Bureau of the AG’s Office is looking into the matter. A lawyer for the city acknowledged investigators are looking into excessive force and alleged retaliatory arrests.

Jim Montagnino was recently elected Public Safety Commissioner of Saratoga Springs. The democrat’s campaign was focused on restoring trust in the city’s police.

When he takes office on Jan. 1, Montagnino says he will put together a draft report on the death of Darryl Mount, who died of injuries related to a police pursuit in 2013. He believes it is a wound for protesters that has never healed.

He also looks forward to seeing the creation of a police civilian review board.

"The city needs that kind of safety valve, if you want to call it that, where people who have a complaint that they want aired having to do with an interaction that didn’t go as they had hoped with a police officer, that there’s a place to go," he said.

Activist Lexis Figuereo tells NewsChannel 13 he’s helped the AG’s office with their investigation. Demonstrators feel like police are not protecting their rights to protest for social justice.

"It makes me feel very happy. It makes me feel like there may be some progress," said Figuereo. "These people may actually be held accountable for once. That’s what we’ve been out here for, for the last 17 months. It’s for transparency and accountability. We’ve received zero."

Figuereo also says he gave the attorney general’s office a timeline of their claims about police’s behavior, and asked them to look into concerns he has about police conduct in Albany and Schenectady.