Hochul was sworn in during a private ceremony just after midnight Tuesday.

“Today is a historic day for New Yorkers with the swearing in of our first female governor, Kathy Hochul. I congratulate Governor Hochul on this incredible accomplishment and wish her well in her new role, building on the progress of our great state. I look forward to continuing to work with her and the entire incoming administration.” 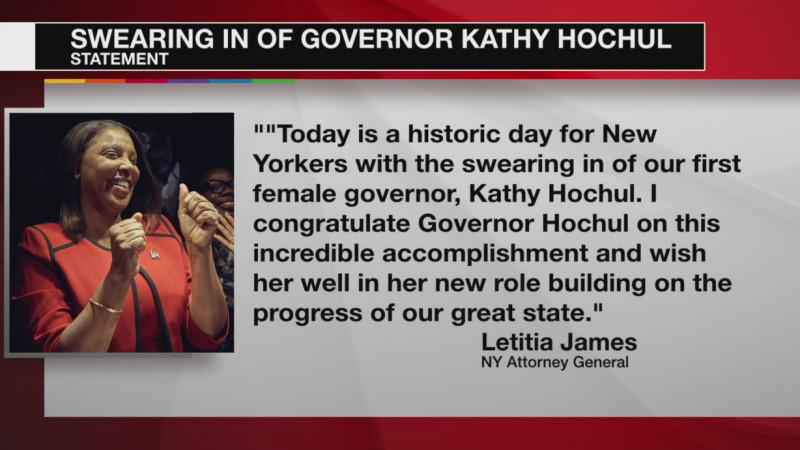