It’s been almost three years since a stretch limousine crashed in Schoharie, killing 20 people. We’re expecting to learn soon if the man authorities say is responsible will plead guilty or go to trial.

He made it perfectly clear his client will absolutely not accept any plea bargain that involves jail time.

On the surface, that might seem like a brash statement to make, given that Nauman Hussain has been charged in the deaths of 20 people. 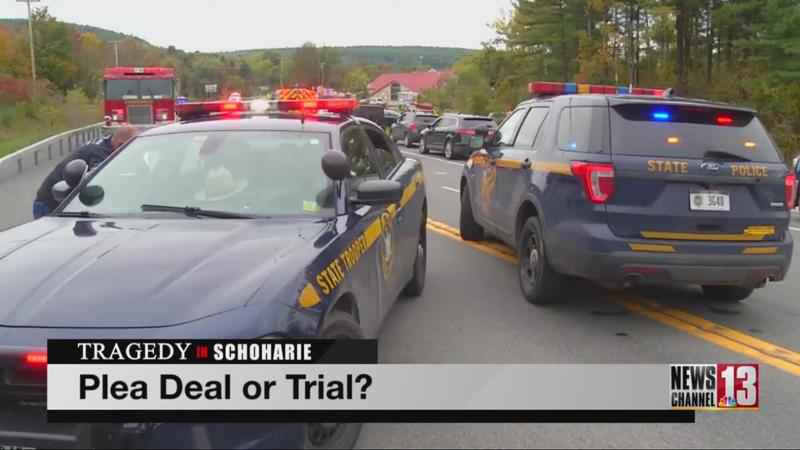 However, Kindlon says he has reason to believe if the case were to go to trial, he could win acquittal.

Kindlon acknowledges it would be difficult to find 12 jurors in Schoharie County who haven’t heard about the case.

He says it would be difficult to know if potential jurors have already formed an opinion about Mr. Hussain’s guilt or innocence.

He says it’s impossible for him to read the mind of prosecutor Susan Mallery and whether or not she would be willing to adjudicate this case without Mr. Hussain serving jail time.

You might ask why Kindlon thinks he can present this case to a jury and win.

"During the course of the investigation by everybody, we’ve often pointed to problems that the state has, and problems that the brake repair company has had. So the question remains, why should just one person step forward and have to say the word ‘guilty’ in a criminal court when so many different people ultimately should be responsible," said Kindlon.

Hear why Kindlon says his client would absolutely not take the plea deal with jail time, and the concerns about going to trial by watching the video of Dan Levy’s story.