The Albany County Sheriff’s Office is revealing more details about investigators’ timeline of the New Scotland murder suspect’s whereabouts after the murder, in the 48 hours before he was arrested.

Jacob Klein has been indicted in the killing of his ex-girlfriend’s husband, 35-year-old Philip Rabadi.

The murder happened at the couple’s home earlier this month on April 13.

Police are building a case showing how Klein allegedly traveled to Albany from his home in Virginia and carried out the crime.

Investigators believe Jacob Klein left the Albany area sometime after the murder took place on the morning of Wednesday, April 13— and drove home to Wirtz, Virginia. 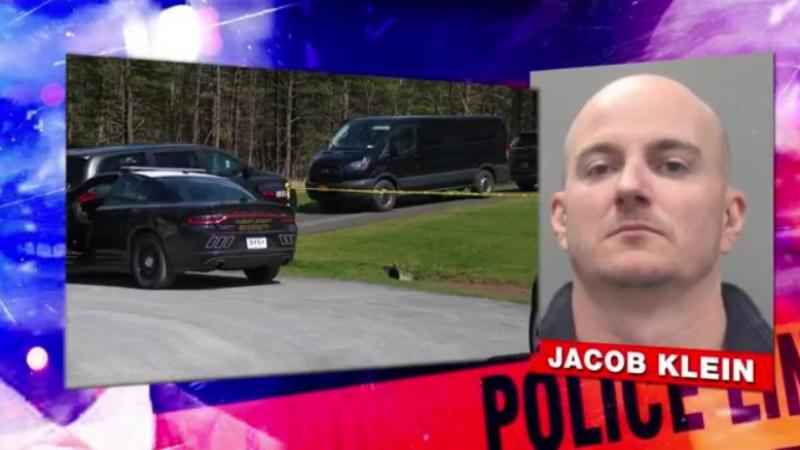 Through their investigation, they believe Klein then left home to take care of some personal affairs in Tennessee, but Albany County Sheriff Craig Apple could not share exactly what he was doing there.

Court documents reveal that by Friday, April 15, authorities believed Klein may be fleeing the country as he made it to Tennessee. One document says he had been traveling south since Thursday, April 14, and that authorities wanted an arrest warrant prior to "the defendant possibly leaving the United States of America."

However, police say Klein turned back right, and drove back in the direction of his home in Wirtz.

Sometime Friday, Apple says investigators believe he was either monitoring local Albany media or received a tip about a report from another outlet that said someone by his description was being sought for questioning in Philip Rabadi’s murder.

Apple says he retained a lawyer following that report, as police were close to arresting Klein.

Friday evening, Klein was arrested in Abingdon, Virginia, near the border, after he crossed into the state from Tennessee.

NewsChannel 13 also reached out to the FBI to ask about the agency’s role as the investigation spanned multiple states. A spokeswoman said she could not comment on how investigators tracked Klein’s movements.