A Bennington County horse rescue is caring for another seven horses and 21 sheep, all taken off of a farm in St. Albans.

A sheriff’s deputy saw horses in the road, which is not uncommon in Vermont, but one had a leg injury that had not been treated, and the animals did not have adequate food, water, or shelter.

The deputy called the Dorset Equine Rescue in Bennington County. They also called in their new crisis response team to check on the animals’ owner.

"This wasn’t a case of purposeful neglect. This was more a case of somebody who has just been an animal lover her entire life that just lost the ability, diminished ability to be able to take care of these animals in a way they needed to be cared for," explained Captain John Grismore with the Franklin County Sheriff’s Office.

The team addresses mental health needs and other services that fall outside of traditional law enforcement. 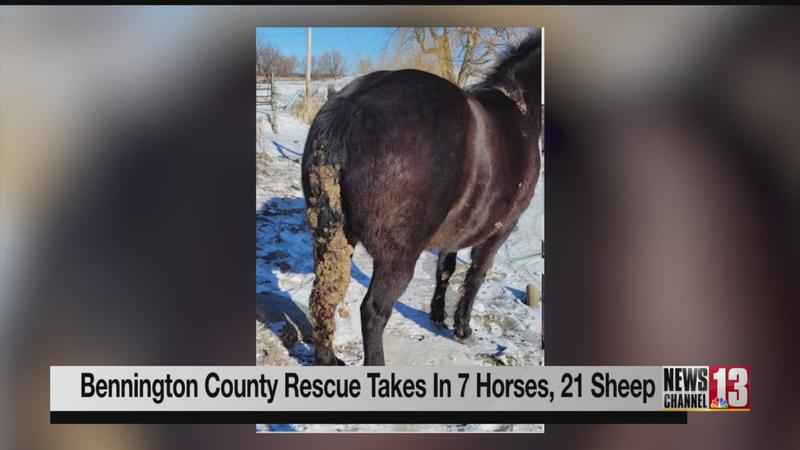 It’s not clear if these animals can be adopted since they were seized. The owner did not voluntarily give them up.

It is also not clear if any charges will be filed. The decision will come from the state’s attorney.