LENOX, Mass. – A Berkshire County woman was hit with a $10,000 bill from National Grid. She thought it was a scam at first, and then reached out to 13 Investigates to look into it.

The woman, Suzanne Merritt, owns Lenox Fit, a gym. The bill was for her business.

Merritt says her meter had not been read in a year, and the bills that she had been receiving were only estimated payments.

That’s what National Grid told her when she called them after receiving that $10,000 bill on March 7. 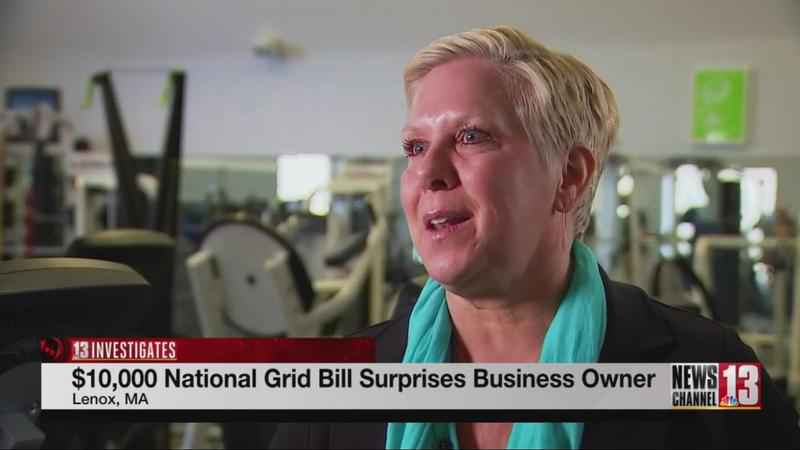 When 13 Investigates spoke with National Grid, they said the meter had been read, but wasn’t being billed correctly. The $10,000 was the difference she still owed.

However, there’s another issue. Her bill history on her National Grid account says the last payment she made was in September before getting this huge bill, so it looks like there is a six-month gap in payments.

Merritt sent bank statements showing that she still made another two payments in those six months before getting the $10,000 bill.

She admits she should have been more vigilant in checking that things were done correctly.

13 Investigates contacted National Grid for Merritt. A few hours later, she got a call from them. Merritt said they were apologetic about the whole thing and gave her a $2,000 credit for her next bill.

National Grid is investigating the issue. They sent this statement to 13 Investigates:

"We have apologized to Ms. Merritt and are examining the reasons why monthly bills for this account were not generated, while also reviewing internal procedures to determine where improvements can be implemented to enhance customer satisfaction."