Bethlehem parent not satisfied with school’s response over recent fight

BETHLEHEM – NewsChannel 13 has been reporting on an uptick in behavior and mental health issues in schools across the Capital Region.

A fight at Bethlehem High School last week prompted a letter to parents.

Now a parent of a student involved in that incident is speaking out.

The mom NewsChannel 13 spoke to says her 16-year-old daughter was threatened in that incident, and she’s had few answers in the past week.

The letter to parents said, "one student allegedly verbally threatened another student." 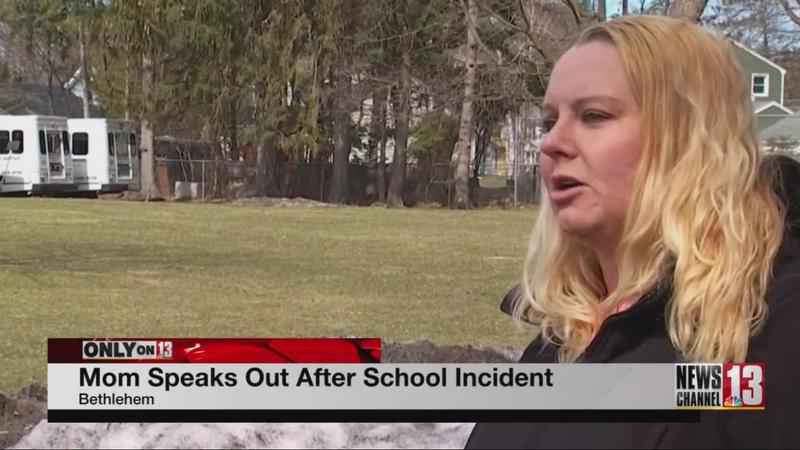 Amie-Nicole Slater says her daughter was the one threatened. She says she hasn’t felt like she’s gotten answers from the school district over the past week about when one of the alleged bullies would be allowed back to school after that incident.

NewsChannel 13 found social media posts made by people on Instagram about the incident – harassing her daughter with a photo of her and making veiled threats — saying "if you mess up, nobody is safe."

Slater says her daughter has also been in trouble recently for fighting back with a group of students harassing her, but she says she can’t be the only parent going through this, as her daughter now dreads school.

"I just want answers and I just want it to stop, so my daughter can just go to school and be the good student that she is," said Slater.

NewsChannel 13 reached out to the school district and provided all of the social media posts we found. They told us safety is a priority, but they don’t comment on individual student matters.