This was in reference to charges she faced at a July 14 protest in the Spa City during a Black Lives Matter Protest.

Miles and her attorney were hoping that the charges she was facing were going to be dropped. That did not happen on Tuesday.

The judge decided it was best to have what’s called a Clayton hearing. That is a hearing where more evidence will be heard before the judge makes a final decision. Miles’ attorney Tom Keefe filed a motion to have the charges against his client dropped. 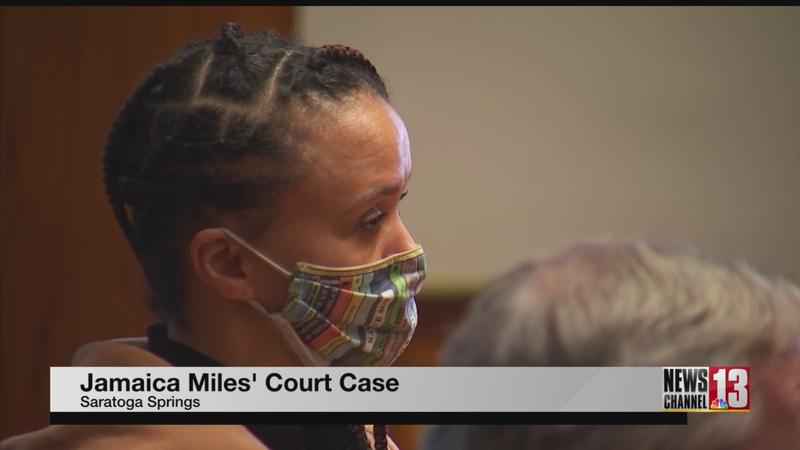 According to Keefe, Miles did decline a plea deal which would have dropped the disorderly conduct charge. This move would have dismissed the charges.

Keefe argued that it would be in the best interest to have the charges dropped. He reasoned that if you look at the seriousness of the charges, Miles didn’t do that much harm. Miles was charged with unlawful imprisonment in the second degree and disorderly conduct.

Saratoga Springs police say Miles and others blocked traffic during the protest in July, which broke the law. Neither the defense nor the district attorney could come to an agreement on the matter. So, therefore the judge said she could not deny or accept the defense’s motion. Miles was not happy with the outcome.

The judge scheduled the Clayton hearing for January 20 at 1:30 p.m.