There’s some clarification about the consequences for school staff following the state’s vaccine and testing mandates. As NewsChannel 13 has been reporting, some teachers in a number of districts are refusing to follow the protocol.

BOCES says they’re not disciplining staff who won’t comply with the Department of Health guidelines, but those staff members just can’t work or get paid.

As NewsChannel 13 has been reporting, as many as nine staff members were absent in Argyle because they refused to follow the rules.

Parents have been upset that some teachers were not in class. Employees of the district speculated that they were suspended. 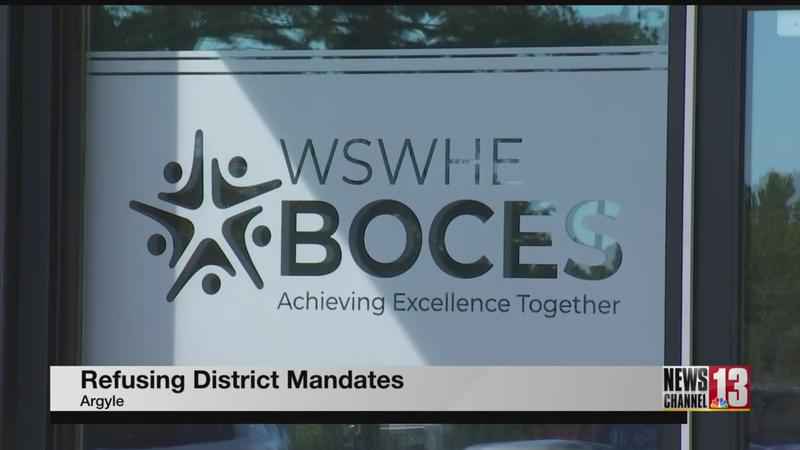 BOCES says anyone absent is not suspended, just not allowed at school because they don’t have the vaccine or don’t have a negative test. Unvaccinated staff can either get tested during the work day in school or privately get their own test from any testing center they choose and show the results each week.

"So there’s no disciplinary process that this is going through. It really has to do with is somebody eligible to work under the New York State Department of Health Regulations," said Superintendent James Dexter.

Testing is offered in schools, but teachers are also allowed to bring negative test results from a provider of their choice, as long as it’s an NYS-approved lab (most pharmacies).

If a teacher refuses testing one day, then changes his or her mind the following day, that teacher could show proof of a negative test and be back on the job. They just won’t be paid for the time they missed.

NewsChannel 13 asked if it could turn into a disciplinary issue if staff didn’t comply for an extended period. Hear his response by watching the video of Stella Porter’s story.