ALBANY – After some calls about if an officer-involved shooting on New Scotland Avenue in Albany last month was justified,

NewsChannel 13 checked back in with police. Part of their response was to send us a clearer version of the body cam video, where we can hear and see more of what happened.

The video starts with the two officers driving around. You can hear them talking about searching for a suspect in a home invasion.

Then, 8 minutes and 30 seconds into the video – they spot Jordan Young at New Scotland Avenue and Madison Avenue. 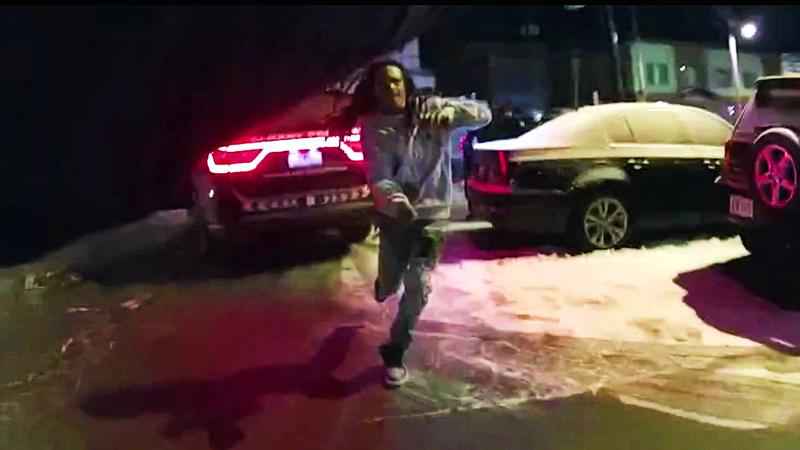 The officers get out of the car, and ask the man to drop the knife. Things escalate and they start shouting it.

The man sprints towards the officer with knife in his hand. That’s when an officer fires three shots.

Young has had run-ins with Albany police before. NewsChannel 13 obtained some arrest reports.

On December 24, he was charged with pointing a gun at his aunt at an apartment on Sheridan Avenue, and saying "I’m going to kill you."

On January 14, he was accused of pointing what looked like a gun at a woman he knew on Ridgefield Street.

That same day, police say while trying to arrest Young, he refused to unlock his car doors. Officers broke the passenger side window to get him out.

Police now say what looked like a gun was actually a cigarette lighter. They also say allegations that officers beat Young while in booking that day are false – with no assault, brutality, or beating.

The family spokesperson claims Young loves his dog and would have never hurt him.

There have been calls for an independent investigation into what happened.

Police Chief Eric Hawkins has already said he reached out to the Albany County District Attorney’s Office and the State Attorney General’s Office for an independent review.

The officers involved are on administrative leave. Both have been with the department for 10 months.