SCHUYLERVILLE – A new boiler for a Schuylerville apartment building that’s had no sufficient heat for two weeks still hadn’t arrived as of Wednesday evening.

13 Investigates told you it was supposed to come in on Tuesday, but the shipment got delayed.

NewsChannel 13 is now told the new boiler has been shipped. It’s expected to now arrive on Friday, but could come before or after that.

For now, the attorney representing the management team who runs the building says the boiler they have right now is up and running again, after a mechanical issue causing the heating system to fail for nearly two weeks.

However, maintenance is there every day checking on it, making sure it’s working properly before the replacement gets there. They’re also on standby, prepared to install the new boiler once it arrives. 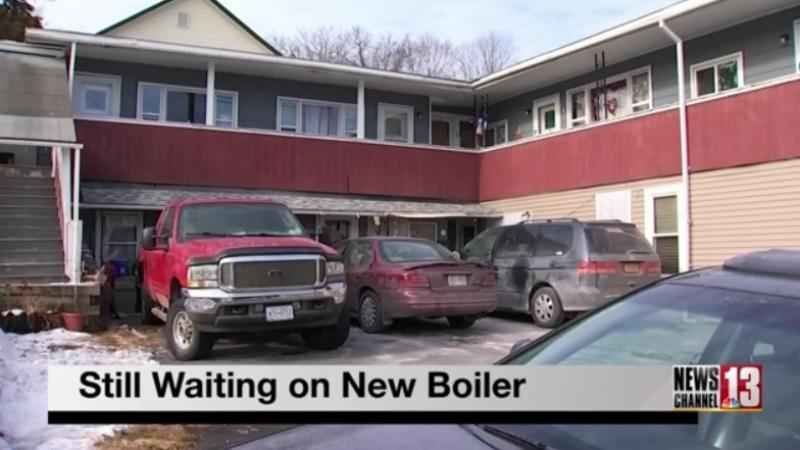 Both the mayor of Schuylerville and the attorney told NewsChannel 13 it was supposed to be there and installed on Tuesday.

NewsChannel 13 tried to talk to some of the residents, but they either were not home or told us they had nothing to say.