ALBANY – Many of the residents of Benson Street — between Ontario and Quail — were out in the street enjoying a perfect summer evening when suddenly around 6:45 p.m. multiple loud gunshots rang out in quick succession, sending them scurrying for cover, including young children and their parents who were waiting in line at the ice cream truck parked in the middle of the street.

"It’s just every day," explained one Benson Street resident, "Yesterday the same thing, gun shots, up around the corner. Benson and Ontario is becoming the shooting gallery of Albany right now and something needs to be done."

Not surprisingly, terrified residents don’t want to be identified.

"They don’t care (if little kids are in the street)," the same man said, "Bullets don’t have names and these idiots don’t have brains."

Albany police were on the scene in a matter of minutes. One neighbor chased the suspects in his pick-up truck, but lost them several blocks later as they sped and weaved through traffic. 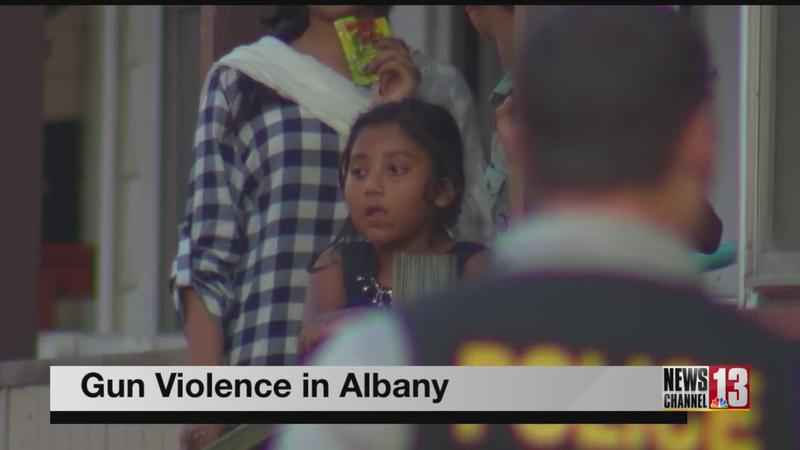 "People are frustrated and people are angry and people want to feel safe in heir neighborhoods and safe in their homes," said Albany Common Council Member Alfredo Balarin.

Balarin, along with County Legislator Beroro Efekoro were in the neighborhood when the West Hill horror began to unfold.

"This is becoming a new norm in Albany and it’s very much unacceptable," Efekoro asserted, "When we talk about economic development, people don’t want to invest where they are not sure so we have to put this under control."

"It used to be ok living here but now you don’t want to live here any more," a long time Benson Street resident said. "Some day, hopefully the world will come back to the way it used to be.

Fortunately no one was hit by the gunfire. By midnight Monday, no one was in custody.