Whether in the woods or your own lawn, you’ve probably noticed this has been a banner year for mushrooms. More and more people seem to want to eat them.

Since we’ve all heard stories about mushrooms being dangerous, NewsChannel 13 spoke with an expert about which ones can safely have a place on your plate.

David Hibbett is a professor of biology at Clark University, with a particular fascination for fungi. There’s been a bumper crop this year, because we had so much rain.

"Fungi are moisture limited, so every mushroom hunter knows that rain brings out the fungi," said Hibbett. 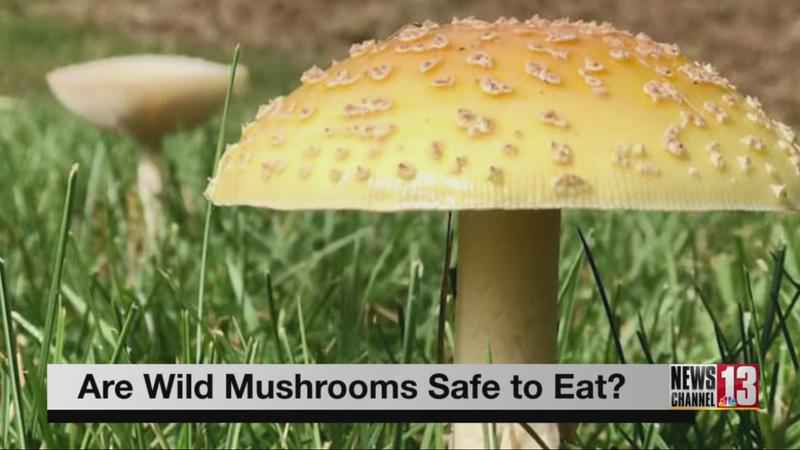 Beware, not all mushrooms are created equal. NewsChannel 13 showed Hibbett some photos of mushrooms that viewers shared on Facebook. There are some bad ones in the bunch.

Others like the stinkhorn have a curious backstory, but are also undesirable.

"Stinkhorns produce sort of a slimy, brown fluid that smells terrible and attracts flies," said Hibbett. "The genus of stinkhorn, the technical scientific name for this group of fungi…is phallus."

That’s due to its unique shape.

There was at least one submission – worth salivating over. It’s called Maitake or "hen of the woods." It tends to grow at the base of living oak trees.

"This is one that I like to collect and eat, and I’ve collected a lot of this, this year already," said Hibbett.

However, Hibbett warns nobody should eat a wild collected mushroom unless they are absolutely 100% certain of what it is.

Learn what to do if you think you have dangerous mushrooms on your property by watching the video of Jerry Gretzinger’s story.