FORT ANN – There was no school Thursday for students in Fort Ann, because there weren’t enough bus drivers.

Schools in the Capital Region have been plagued by a shortage of employees this school year.

Superintendent Kevin Froats says the district has 13 bus drivers. Froats says nearly half of them called out sick on Thursday. He doesn’t believe it was COVID related.

As a result, the school had what’s called a PAUSE day. The elementary school students were told to work on their PAUSE packets. The middle and high school students logged onto Google Classroom for their instruction.

"I was shocked, like any kid that doesn’t have a chance to go to school is going to be happy," said Fort Ann junior Hannah Mittison. 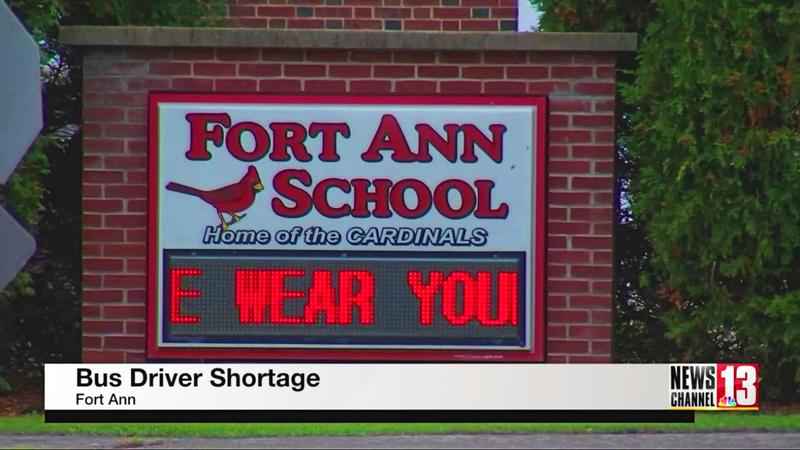 "I don’t really like the online stuff. I’d rather have paper, pencil and do it like that. I mean, the online is not too bad, but it’s not the same," said Cody Hall, another Fort Ann junior.

The district said Thursday they’re hoping to resume in-person classes Friday, but it might be different than what people are used to.

Find out how by watching the video of Jonathan Hunter’s story.