The Cambridge Central School District has lost its appeal to keep its mascot.

Acting Supreme Court Justice Sarah McGinty says the commissioner of the State Education Department acted rationally when she said the district’s Indians mascot must be replaced.

The school had been ordered by New York State Department of Education Commissioner Betty Rosa to drop the name last year.

The school board had initially decided to drop the Indians logo and name on its own in June 2021. When a new school board took over in July, they reversed course, and that’s when Rosa stepped in. The judge agreed with Rosa that the July decision to keep the name did not use evidence and take the time to craft a resolution the way the original resolution did.

Many people in Cambridge are sad to see the Indians mascot go. 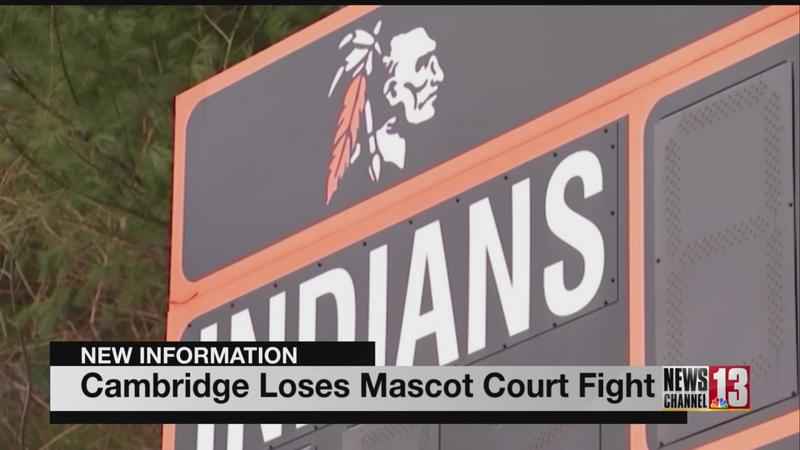 "I grew up here, I graduated from there, and it just upsets me. I still don’t understand why they’re doing it. These people come in here and take away your mascot? No," said one woman who lives in Cambridge.

John Kane, a Cambridge graduate, created the original petition to get the name removed. He’s hoping the education commissioner does not stop with ordering Cambridge to drop the name.

"My hope is that Dr. Rosa will take this court ruling and use it to make a bigger push on the other schools in New York state," he said, explaining his struggle being the only Native American in his Cambridge class. "[Native mascots] serve no purpose to advance any knowledge or education about Native people."

Cambridge’s board has said it felt the district was being singled out, with no action taken against the other districts in the region using similar mascots.

Wednesday, the district did not react to the outcome but said they received the decision, and that "the Board has a previously scheduled meeting tonight to enter executive session about another matter and will also discuss the details of the case with the attorneys. A more detailed update will be shared with the public at the July 7 Board meeting."

Rosa’s original order was to remove the Indians image by July 1. It’s not clear whether that will happen.