Is a pot-bellied pig a pet, or a farm animal? In Montgomery County, there seems to be disagreement on that question.

Wyverne Flatt has been fighting this battle with the village of Canajoharie for more than two years. His pig’s name is Ellie, and she is registered as an emotional support animal. Ever since the village began the process of taking Ellie away, Flatt says he’s been to court more than a dozen times.

"My pig lives inside. She’s housebroken. She goes in and out at will. She has an outside house. She comes in, and she gets on the couch with me. She will watch movies. She will snuggle up. She is the most loving pig. I wouldn’t be standing here if I didn’t love this pig," he added.

While the court battle wages on, the village is proposing a new law that would prohibit residents from keeping certain animals, including pot-bellied pigs, in their home. They discussed it at a public hearing last night. 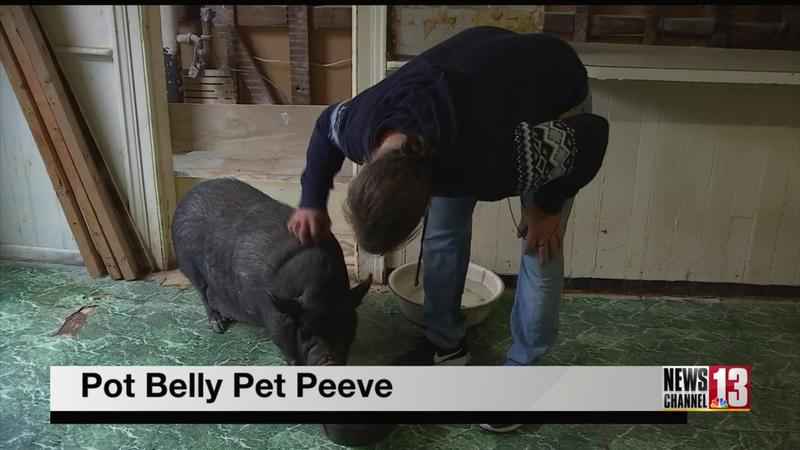 "I know it’s a controversial thing. I feel sorry for the individuals that are affected. But also, like if said before, the village has an obligation to give everyone the right to live in a clean, odor free, safe environment community," Canajoharie Mayor Jeff Baker said.

Canajoharie also has a village law that states a hog is one of the animals that cannot be kept in the village on an area less than five acres of land.

Flatt is due in court next week.