It’s commencement weekend for some of our major colleges.

Around 4,200 students are set to receive degrees at UAlbany. More than half are undergraduates.

For the first time in two years, the excitement of being together for this weekend is back.

The ceremony is at 10 a.m. Saturday at the plaza lawn on the Uptown Campus.

In addition, 1,600 degrees will be handed out when students at the College of Saint Rose cross the stage at MVP Arena in Albany Saturday morning at 10 a.m. 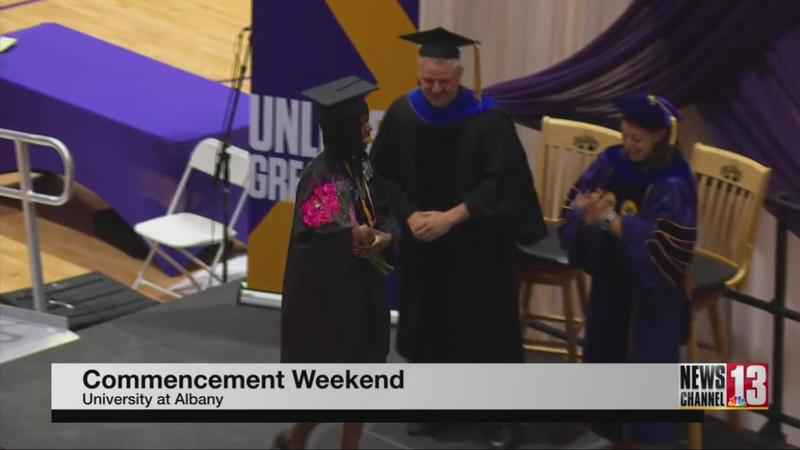 The commencement speaker is a 1997 graduate of Saint Rose, Sanjay Shrestha. He’s the Chief Strategy Officer at Plug Power. He will receive an honorary degree during the ceremony.

History will be made for the school at the ceremony – when the college’s youngest graduate ever receives her diploma.

Elham Malik from Albany will receive her B.A. in Psychology this Sunday. She’s only 17 years old.

She earned her degree in three years, entering her freshman year of college when she was just 14 years old.

Russell Sage College will hold commencement in the MVP Arena at 6 p.m. on Saturday.