Capital Region counties are trying to figure out the best use for millions of dollars in federal aid.

This is money from the American Rescue Plan to respond to the damage done by the pandemic.

Some counties are using unique ways to decide how to spend the federal money.

It’s no drop in the bucket. Hundreds of millions of dollars to Capital Region counties to help counties recover from the problems caused by COVID. 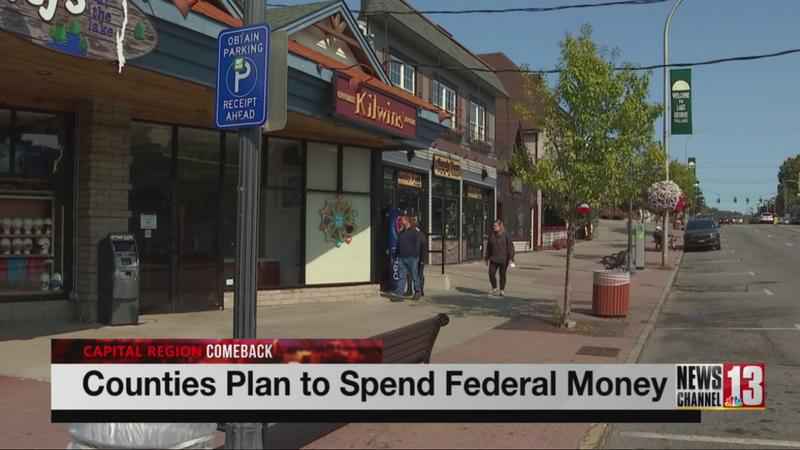 In Saratoga County, tax revenues were way down in 2020 as a result of the pandemic, and labor costs were way up as more staffing was needed in health and emergency services. The federal government set aside $2.2 billion for the 57 upstate counties to address economic problems caused by coronavirus. Saratoga gets $44.6 million, Warren County gets $12.4 million and Washington County gets $11.9 million.

In Warren County, they’re asking people, residents and non-residents, to fill out a survey of how they want the money spent.

In Washington and Saratoga counties, work groups of the boards are deciding where the funds will go. Saratoga County Board of

Supervisors Chair Todd Kusnierz says it’ll help non-profits and small businesses and pay for the big costs of the pandemic.

"Salaries, overtime, public safety, staffing, getting supplies, pandemics for county employees, helping businesses, and so we’re going to ensure that we make the county whole again with that funding," said Kusnierz.

He also notes the county has already gotten half of the $44.6 million and he’s hoping to use $1 million of it to help non-profits who suffered during the pandemic.

Learn some more about Warren County’s plans for the money by watching the video of Mark Mulholland’s story.

Here is a look at how much money is headed to other Capital Region counties:
In Albany County, there will be $167.54 million up for use. The city of Albany sent out surveys, asking residents how they think the money should be spent.

Schenectady County will decide how to use just under $98 million.