A mother in the capital region is desperately searching for her missing son. This week, it will be two months since anyone saw or heard from Garrett Haverly.

Haverly’s mother Karen Cavallaro is putting up missing posters anywhere in Albany that people will let her. She says her 39-year-old son loved sports and his family, and had a stable job and life. But no one’s heard from him in months.

She’s been driving the streets of the city looking for him since November 8. She says Haverly always called home on Saturdays, and when he failed to make the call, she knew something was wrong.

She reported it to police, who found out Haverly may have visited the Capital City Rescue Mission before he went missing. 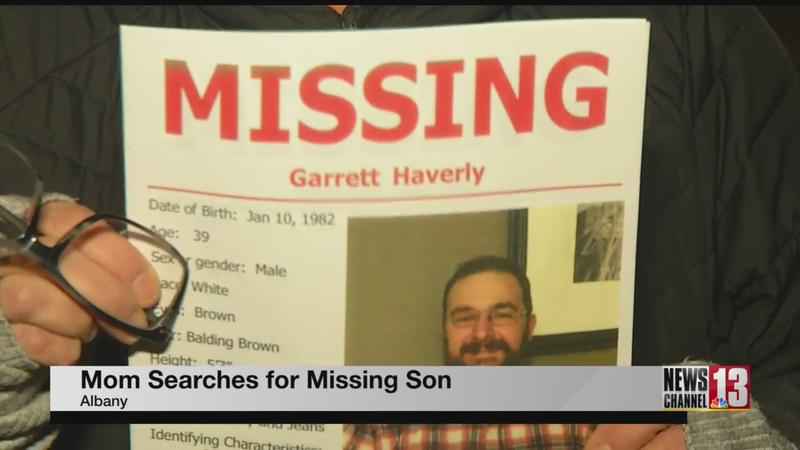 “Ever since the 8th, there’s been no anything. We don’t even know why he was at the city mission because he has us, you know? He had his family,” Cavallaro said. “I don’t know if something happened in his life that he didn’t want to share with us, because he’s so quiet and private.”

We spoke with Rotterdam Police, where Cavallaro filed the case. They’re working together with Albany police. Detectives tell us they don’t know yet whether his disappearance is suspicious or not. Cavallaro says he has no history of drug or alcohol abuse. In her words, he’s not street smart, and she fears something happened to him.

“My intuition tells me something happened to him because it’s been too long. It’s been so long, and I’m scared somebody harmed him,” she said.

And she says getting the word out has been difficult since Haverly is an adult.