As Gov. Hochul doubles down on requiring healthcare workers be vaccinated, NewsChannel 13 reached out to local hospitals to find out whether they would be dealing with a shortage of workers.

Saratoga Hospital tells NewsChannel 13 95% of workers are vaccinated, which they say means about 150 workers are not getting vaccinated.

Hospital CEO Angelo Calbone says about half of those employees have an exemption. The others face unpaid leave. That means nurses could need to pick up the slack.

"My heart breaks for the nurses and then the other individuals who’ve done the right thing, who now know because not everyone was being persuaded to do the right thing, that they have to work harder," said Gov. Hochul.

NewsChannel 13 has reached out to the New York State Nurses Association to ask how nurses’ jobs will be affected. We did not hear back. 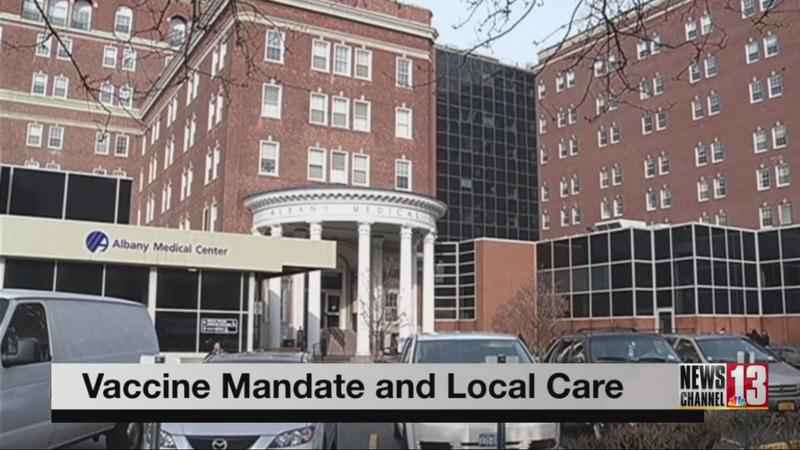 As for those healthcare workers who decide not to get vaccinated and get fired, the Department of Labor says they are not eligible for unemployment insurance.

Hear how all of this could affect elective surgeries by watching the video of Stella Porter’s story.