According to the state Department of Labor, Saratoga, Albany, Rensselaer and Schenectady counties saw unemployment rates drop to historic lows in December 2021.

However, it’s not just a result of more people getting jobs. Instead, the region’s labor force declined by 2.9% in one year, as there are now 13,000 fewer people working or looking for work.

"I wish this was because people were finding new jobs. But the reality is that our labor force is shrinking…as more people choose to stay home to care for their families. The shortage of labor is hurting every sector of our economy locally," said Shimkus. 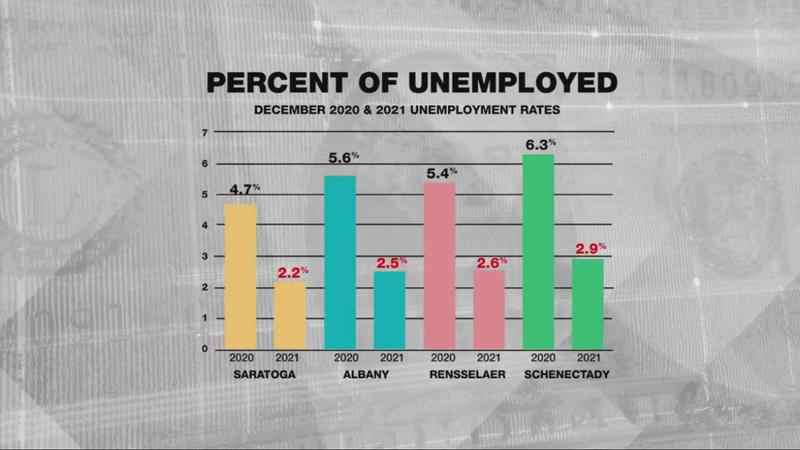