A cat is undergoing surgery at Upstate Veterinary Specialties in Latham after being found by a woman named Jen in Stephentown, New York Thursday morning.

Jen wasn’t available for comment but Christina Pagano with Orange Street Cat a local non-profit has stepped in to help with the costs of the cat’s vet bill.

The cat needed to have his lip and right back paw amputated.

At last check the site for the non-profit raised just under $10,000. 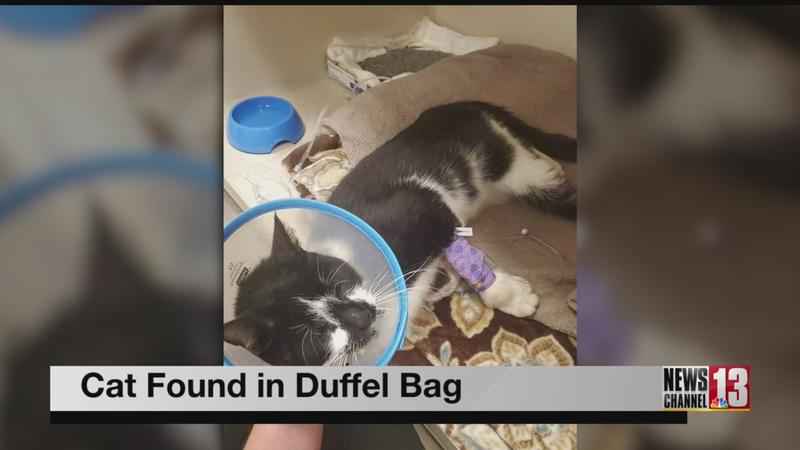 The woman who found the cat stuffed in a duffel bag, apparently called the sheriff’s office and state troopers.

News Channel13 has made calls to both agencies and have not been able to get an update on this investigation.

The hospital also is not readily saying if this was indeed a case of animal abuse, instead differing the question and answer to law enforcement.